Is OLED TV Burn-in Worries A Thing of the Past? 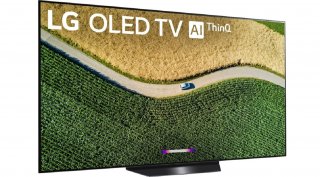 There is no doubt that OLED panels, which first hit the market in 2012, have fundamentally changed the landscape of TV consumption worldwide.

Here you have a technology that is unrivaled when it comes to picture quality, not to mention perfect black levels, precise colors, wide-viewing angles, and outstanding uniformity.

For many, it was the flawless heaven-sent complement to any living room. But hidden in the background, always has been a caveat: that pesky issue of burn-in.

Now, already eight years into this display technology, one would think that this problem would have been fully eradicated. Sorry to say, but this issue won’t be going away anytime soon.

Despite all of the goodness that OLED screens offer, that is the technology’s Achilles’ heel. The fact is that burn-in can happen to any type of device that uses OLED screens—TVs or smartphones—and to any brand—from Google and Samsung to LG and Apple.

Burn-in occurs whenever a persistent part of the image of a screen, such as a channel logo or a scoreboard, remains as a ghostly background no matter what else is being shown on the screen. These static image elements have “worn out” certain areas of an OLED screen’s organic materials faster than the rest of the screen.

Yet, as annoying as this can indeed be, OLED burn-in will likely not happen with normal use. In fact, most burn-in is actually image retention, which often disappears after a few minutes. In most cases, you’ll witness image retention long before it becomes permanent burn-in.

And with the more current OLED TV models out there, the manufacturers have proactively jumped in to minimize the future chance of burn-in. Certain built-in user settings like LG’s “Screen Shift” and Sony’s “Pixel Shift” move the image slightly around the screen. There are also built-in screen savers that automatically pop up after extended periods of inactivity.

Some OLED TVs can also perform “refreshers” on a set timed basis. On Sony TVs, this particular feature is called “Panel Refresh,” and on LGs, it is known as “Pixel Refresher.” If you ever notice image retention, this function can be run manually as well. For LG TVs, you can receive a handy notification to run this particular feature after 2,000 hours of viewing time.

In the more recent OLED TV offerings from LG, there is a burn-in preventive feature called “Logo Luminance Adjustment,” which has been designed to automatically identify static on-screen logos. If detected, the TV will decrease the logo’s brightness by 20 percent after two minutes.

Perhaps the next advancement in TV-display tech will come from Samsung, which is currently trying to take the best qualities of LCD/QLED and OLED technologies to create a new groundbreaking hybrid TV. It is still debatable whether these QD-OLED hybrids will totally eliminate burn-in, but Samsung has already committed $11 billion over the next five years to find out.