OLED vs. QLED vs. LCD: Which TV Should Rule Your Living Room? 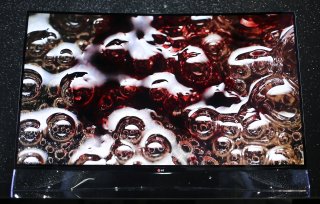 Your budget for a new TV is finite, and you need to hit a grand slam in choosing the best TV for your family. It’s really important – after all, you’ll have to look at this rectangular device in your living room on a daily basis for years to come.

In short, there are three basic TV technologies on the market today: OLED, QLED and LCD. If you have all the money in the world, the choice would indeed be simple – go with an OLED TV. But if you’re more budget-conscious, QLED and LCD TVs might be the best route.

With OLED TVs, you do get what you pay for. Sure, these devices will cost a pretty penny in some instances, but you’ll be receiving inimitable image quality, not to mention nearly perfect black levels, precise colors, wide viewing angles and outstanding uniformity.

So, how is this accomplished? Unlike its LCD and QLED brethren, OLED TVs utilizes self-emissive pixels. When electricity passes through these pixels, which number in the millions in these TVs, they light up in different colors. The other advantage is that there are no longer dark pixels being lit from behind. When OLED pixels can remain completely dark, the black color on your screen is nearly 100 percent true.

OLED TVs also use additional white light to manufacture even more varied colors, which make for images that are more diverse, richer and more accurate. Moreover, keep in mind that OLED TVs can be designed slimmer and are environmentally friendly because they use less energy than their counterparts that depend on backlighting.

The Achilles’ heel of OLED TVs is that they are susceptible to image retention or burn-in, although this has become less common with further advances in OLED technology. Also, be aware that there have been instances of digital artifacts and slight banding, but these are minor issues that do not take away from the superb overall picture quality.

The cheapest option of the three is the LCD TV. The technology works by selectively blocking areas of the backlight to create the images. The liquid crystals in the panel rotate polarized light, effectively acting as a light valve that illuminates all pixels simultaneously. Since all of the light comes from a large, energy-draining backlight, there is high uniform brightness but a relatively low contrast ratio. The most notable drawbacks are that if you watch TV in a completely dark room, you can sometimes notice blotches, uneven brightness and lack of shadow details.

As for QLEDs, they are essentially LCD TVs with quantum dots, which are microscopic particles that when hit by light, emit a certain different colored light. The source of this light is the LED backlight, and that light must pass through more layers, such as the LCD layer, to produce the images on the screen. In improving QLED TVs, Samsung has created a new refined aluminum compound that can make the quantum dots more efficient, and the natural ability to produce more accurate colors. This technology replaces the red, green and blue color filters that many older TVs used.

So, what’s next for TV technology? Some have already asked, “Why not take the best qualities of each tech and create a new groundbreaking hybrid TV?”

Samsung may have already beaten everyone to it. As the world’s biggest TV seller, Samsung has relied mostly on LCD, not OLED, for its displays. But recent news out of Korea indicates that Samsung has decided to halt the production of traditional LCD displays by the end of the year.

The Korean tech behemoth has already committed $11 billion over the next five years on a new factory in Asan, South Chungcheong Province that will focus chiefly on QD-OLED hybrids. The new Gen. 8.5 QD line is scheduled to start production in 2021 and will manufacture at least 30,000 units of QD display panels of 65 inches or larger.