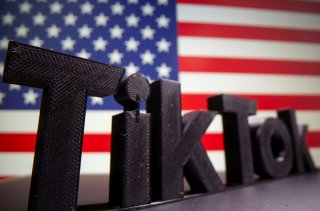 It was a bizarre sideshow of the final year of the Trump administration: A push by the president and others in the administration to ban TikTok, the video app, especially popular among young people in the United States, that’s owned by the Chinese company Bytedance.

While the Trump administration often used “we’re looking at that” as a dodge to various questions from the media, the government did, indeed, look at a TikTok ban, with Trump publicly threatening to do so numerous times throughout the summer of 2020, with some specific deadlines even set for app stores to remove the app. The administration’s posture soon segued into threatening to ban the app unless Bytedance sold it, or at least sold its U.S. operations.

As of mid-August, only about a third of Americans supported a ban on TikTok, according to a survey by Piplsay Research.

After rumors that a company like Microsoft or even Apple might emerge as the buyer, a deal was reached in September in which Oracle and Walmart agreed to form a joint venture called TikTok Global, which would control the American end of TikTok and store its data in the United States, with Bytedance retaining an 80 percent stake. A $12 billion price tag for the deal was reported, although the administration vacillated on whether or not it would approve it.

That uncertainly continued through the end of the Trump presidency, with occasional legal challenges to the proposed ban succeeding, including a judge ruling in December that Trump’s Commerce Department had overstepped its authority in pushing for the ban. At one point, Trump was reportedly demanding that the U.S. Treasury get a piece of the deal, which is not how such agreements typically work. The deal faced a deadline of Nov. 12, but there was no particular consequence for the deadline having been met.

And now, the deal is officially on hold.

According to a Wall Street Journal report Wednesday, the Oracle deal has been “shelved indefinitely,” as the Biden administration is reviewing the security situation related to TikTok, as part of the new Administration’s “broad review of [Joe Biden’s] predecessor’s efforts to address potential security risks from Chinese tech companies.”

“We plan to develop a comprehensive approach to securing U.S. data that addresses the full range of threats we face,” National Security Council spokeswoman Emily Horne told the Journal. “This includes the risk posed by Chinese apps and other software that operate in the U.S. In the coming months, we expect to review specific cases in light of a comprehensive understanding of the risks we face.”

Whether or not TikTok should be banned was not treated as an issue of consequence at any point during the presidential campaign, and neither President Biden or any significant member of his administration appears to have ever threatened TikTok with banishment.

“It’s not accurate to suggest that there is a new proactive step by the Biden White House,” White House Press Secretary Jen Psaki said Tuesday, according to CNBC. “There is a rigorous CFIUS process that is ongoing.”

The Wall Street Journal report added that any deal between the parties to sell TikTok’s operations would likely take a different form than the previous one since TikTok is highly unlikely to be negotiating under the gun of possible government banishment.

The argument for banning Tiktok, which followed earlier Trump administration crackdowns on Huawei and ZTE, was always based on the notion that because it was owned in part by the Chinese government, and therefore the government must be using it to spy on its users. Bytedance had always denied that it has ever shared data with that government. Other arguments for a ban didn’t outright allege wrongdoing but were made from more of a theoretical basis.

James Andrew Lewis, the senior vice president and director of the Technology Policy Program at the Center for Strategic and International Studies, wrote an article last fall arguing that TikTok wasn’t especially dangerous after all.

That’s because the vast majority of TikTok videos, Lewis wrote, “contains nothing of intelligence value. If the Chinese services have been driven to attempt to find intelligence value in 15-second videos of lip-syncing teenagers, they are in desperate shape.”

Lewis also argued that no malware had ever been discovered in the app, and that attempts in the past to use TikTok to influence Western politics had all ended in embarrassing failure.

“There are good reasons to be deeply concerned about China and espionage, but TikTok is probably not one of them,” he wrote. “China’s troubling behavior and the politics of the relationship mean that TikTok will need to assuage the concerns of the United States and other countries, and this may include divestiture, but as the company works through this problem, don’t be afraid to let your teenager use one of their favorite apps.”