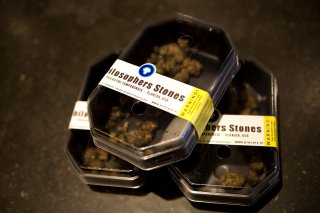 Oregon has become the first state in the nation to legalize the active ingredient in “magic mushrooms.”

The approved measure will provide citizens with legal access to psilocybin—the chief active ingredient in the mushrooms—for mental-health treatment in supervised settings. Proponents have pointed to the medical benefits of the drug, which has been shown in some studies to help trauma survivors and those suffering from depression.

According to the Alcohol and Drug Foundation, psilocybin is “naturally occurring and are consumed for their hallucinogenic effects. They belong to a group of drugs known as psychedelics, because of the changes experienced to perception, mood, and thought.”

The Oregon drug initiative will also allow people arrested with small amounts of hard drugs like heroin and methamphetamine to avoid going to trial and possible jail time by paying a $100 fine and participating in an addiction recovery program.

The treatment centers are expected to be funded by millions of dollars of tax revenue from the legalized marijuana industry, which was approved in the state several years ago.

“Today’s victory is a landmark declaration that the time has come to stop criminalizing people for drug use,” said Kassandra Frederique, executive director of the Drug Policy Alliance, per the Associated Press.

The ballot measure was endorsed by the Oregon Democratic Party, as well as several nurses and physician associations. The Oregon Republican Party had painted the initiative as radical, and some prosecutors even called it reckless.

The District of Columbia also followed suit on election night to decriminalize “magic mushrooms,” along with other psychedelic substances like the active ingredients in ayahuasca and peyote. The measure doesn’t legalize the drugs, but it makes possession of them a low priority for local police.

Thirty-six states now permit the legal distribution of medical marijuana, according to a tally by NORML, a nonprofit marijuana public advocacy group.