For Paramount+, ViacomCBS Announces Many Shows, from Frasier to Dora 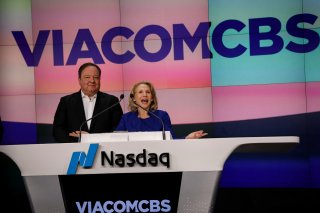 For Paramount+, its upcoming streaming service that will serve as the successor to the existing CBS All Access, ViacomCBS is taking inspiration from Disney and Disney+ in many ways. On Wednesday, it emulated Disney in another way: Like Disney did last December, ViacomCBS held an hours-long event in which it announced dozens of new projects, many of them remakes or reboots of well-known intellectual property that the company controls.

The company announced a long list of new shows and movies that will arrive on Paramount+ in the weeks and months following its launch on March 4. These will include new shows from the “universes” of Star Trek and SpongeBob Squarepants, as well as reboots of Frasier, The Real World, Grease, iCarly, Criminal Minds and many other shows. Some had already been announced, while others were announced as in development and are now officially moving forward.

And while the company had already announced Y:1883, a spinoff of Yellowstone, the company announced a second spinoff, with the working title 6666. And Paramount+ will debut a show based on the video game Halo, which has been in the works for more than a decade.

Other new shows include TV series based on the movies Flashdance, Love Story, The Italian Job and The Parallax View. Paramount+ will also continue to offer the shows that were originals on CBS All Access, including Star Trek: Discovery and The Good Flight, with one exception: The new version of The Twilight Zone, produced by Jordan Peele, will not be going forward for a third season.

Paramount+ also announced several comedy shows, including a revival of Inside Amy Schumer and another spinoff of Reno 9/11, subtitled The Hunt for QAnon. In addition to the announcement of new versions of reality shows that were previously on MTV, such as The Real World, The Challenge, and Road Rules, there are indications that ViacomCBS is eyeing Paramount+, and not traditional channels like Comedy Central and MTV, as the place will it will debut such new shows. There will also be revivals of MTV and VH1 music series like Behind the Music, Unplugged, and Yo! MTV Raps.

Sports will also be a key part of the service’s offerings, as subscribers will get access to CBS’ NFL games, along with the Masters, the NCAA Tournament, and a great deal of soccer, such as the UEFA Champions League, UEFA Europa League, and National Women’s Soccer League.

Subscribers will also get access to CBS News programming, and also a 60 Minutes spinoff called 60 Minutes+, a version of which existed on the late streaming service Quibi. And Paramount+ will offer documentaries, including ones about the spread of coronavirus in China, the Watergate scandal, and former soccer manager Sir Alex Ferguson.

Also Thursday, the company announced that movies released by Paramount Pictures will have a release window of thirty to forty-five days between their arrival in theaters and their debut on Paramount+. This will begin with Paramount’s 2021 movie slate, which includes A Quiet Place Part II, PAW PATROL: The Movie and Mission: Impossible 7. A new SpongeBob movie, SpongeBob SquarePants Movie: Sponge on the Run, will come to Paramount+ at lunch.

Other movies will come to the premium channel EPIX first, and eventually, come to Paramount+.

Rival HBO Max, of course, announced last year that its entire 2021 film slate would debut simultaneously in theaters and on HBO Max, and that slate included a movie a month, rather than the much smaller slate offered by Paramount.

There were also announcements of movies based on Beavis and Butt-head and Workaholics, which will debut on Paramount+ in its first year.

“In today’s entertainment landscape, ViacomCBS stands apart as the only media company to fully embrace every segment of the streaming universe across free, premium and pay,” Bob Bakish, President and Chief Executive Officer, ViacomCBS, said in the announcement. “The launch of Paramount+ supercharges our strategy with a broad pay service that will be home to everything consumers love, all in one place: live sports, breaking news and a mountain of entertainment, at scale. As we look ahead, ViacomCBS is ideally positioned to harness the full power of our assets and capabilities—from our world-class production studios and the value of our massive content library, to our global marketing platform and local relationships—to seize the global opportunity in streaming.”

ViacomCBS is aiming for sixty-five to seventy-five million global subscribers by the end of 2024, compared to thrity million today, Rich Greenfield of LightShed Partners noted in a social media post on Twitter. And the company also plans to go from $1 billion a year in content spend as of last year to more than $5 billion by 2024.

“Built from an iconic portfolio of beloved consumer brands and iconic franchises like SpongeBob and Star Trek, Paramount+ is a compelling and differentiated streaming offering for all audiences,” Tom Ryan, President and Chief Executive Officer, ViacomCBS Streaming, said in the release. “In combination with Pluto TV and SHOWTIME, the service will further strengthen our robust linked streaming ecosystem, giving us a critical competitive advantage as we pursue our goal of reaching consumers across every platform, at every price point, with creativity, content and experiences that are second to none.”