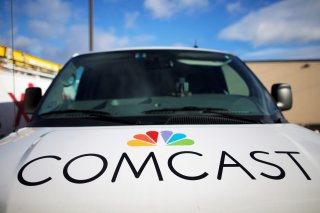 For the past couple of years, the trend for traditional pay-TV companies has gone in a single direction: A steep decline in the number of pay-TV video subscribers, paired with an increase in broadband subscribers.

That was again the case in the third quarter of 2021. The Leichtman Research Group, which publishes quarterly reports about each, hasn’t yet come out with its report about lost pay-TV subscribers, but it has reported on the broadband numbers, showing that the top U.S. companies in the sector gained 630,000 net additional broadband Internet subscribers in the third quarter.

The sector had gained 1.5 million subscribers in the same period the year before. The total number of broadband subscribers is now 107.9 million, of which  75.2 million are through cable companies, while the other 32.7 million come from phone companies.

On the cable side, Comcast added 300,000 subscribers in the quarter while Charter added 265,000, giving them subscriber totals of 31.7 million and 29.9 million, respectively. Cox added 25,000, while Altice actually lost over 13,000 broadband subscribers.

Altice’s CEO, Dexter Goei, had said in September that the company expected to lose 15,000 to 20,000 broadband subscribers that quarter, per The Hollywood Reporter. This came amid speculation that that cable company may be looking at going private.

“We got decisions whether we want to relever the balance sheet at some point in time before not getting rewarded for what we are doing … but I don’t think that is a decision for us to make today,” Goei said at the time.

Back in August, Lumen Technologies agreed to sell a portion of its CenturyLink-branded assets to Apollo Global Management for $7.5 billion.

“This transaction is an important step in our continued efforts to transform Lumen and drive future growth for our company,”  Jeff Storey, Lumen president and CEO, said at the time. “We are pleased with the attractive valuation we received for these assets, which highlights the overall value of Lumen’s extensive asset portfolio. Apollo Funds will receive a great business with a strong customer base, dedicated employees, and a platform for future growth.”

The numbers were drawn from the public data from the companies’ earnings reports.

“Broadband additions returned to pre-pandemic levels in the third quarter of 2021,” Bruce Leichtman, president and principal analyst for Leichtman Research Group, Inc, said in the release.  “The top broadband providers added significantly fewer subscribers than in last year’s third quarter, but had a similar number of net adds as in 3Q 2019 and 3Q 2018.”