The PC Isn't Obsolete, Yet: Sales Spike to 79.2 Million Thanks to Coronavirus 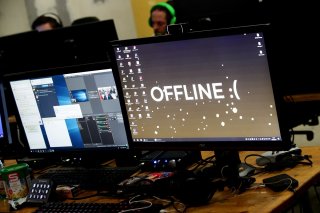 The same massive demand for personal computers that has led to a laptop shortage also led to the highest increase in PC shipments in a decade. That’s according to data released by research firm Canalys.

The firm found that the global PC market consisted of 79.2 million units shipped worldwide in the third quarter, which represented a 12.7 percent increase year over year. Of those, 64 million were notebook computers, while notebooks and mobile workstations posted a 28.3 percent increase year over year, although desktops dropped 26 percent from the same quarter in 2019.

In the third quarter, Lenovo was the top PC brand in the world, with 19.2 million units shipped for a 24.3 percent market share, while HP was second with 18.66 million and 23.6 percent of the market. Dell was third with 11.989 million shipments and 15.1 percent. Apple was fourth, and Acer fifth. Dell was the only brand of those to post a decrease in shipments, while all other brands in the top five posted double-digit increases.

The sales jumped due to the pandemic, as any economic dislocation was more than offset by massive demand for computers for school children stuck at home, as well as workers working from home.

“Vendors, the supply chain, and the channel have now had time to find their feet and allocate resources towards supplying notebooks, which continue to see massive demand from both businesses and consumers,”  Ishan Dutt, Canalys Analyst, said in the announcement of the numbers.

“After prioritizing high-value markets and large customers in Q2, vendors have now been able to turn their attention to supplying a wider range of countries as well as SMBs that faced difficulty securing devices earlier this year. Governments, which have realized the importance of PC access in maintaining economic activity during this time, have intervened with financial support or even full-scale device deployments.”

“The lasting effects of this pandemic on the way people work, learn and collaborate will create significant opportunities for PC vendors in the coming years,”  Rushabh Doshi, Canalys Research Director, said in the release. “As the line between work and home lives is increasingly blurred, it becomes important to position devices towards a wide array of use cases, with a focus on mobility, connectivity, battery life, and display and audio quality. Differentiation in product portfolios to capture key segments such as education and mainstream gaming will also provide pockets of growth.”

Two other firms, IDC and Gartner, traditionally release quarterly numbers about global PC shipments, often on the same day. But neither firm has yet put out their third quarter numbers.

Canalys’ numbers do not include tablets, but do count Google Chromebook as notebooks, for its purposes of counting.