Peacock Is Here: What to Expect From the Latest New Streaming Service 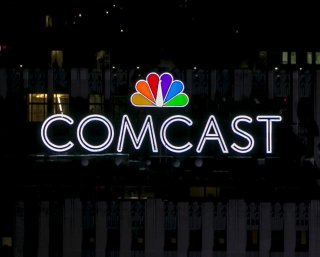 The latest new streaming service—and the last one expected to be announced by a major American media company, at least for now—has arrived. Peacock, the latest service which comes from Comcast’s NBC Universal, launched slightly early Tuesday night on iOS devices, before rolling out Wednesday.

For Peacock, Comcast is using a slightly different business model than most of its rivals. For one thing, it’s offering a free tier—featuring 13,000 hours of what the company calls premium programming—as well as a huge movie catalog. The “Free Laughs” section, for instance, offers the entire runs of “30 Rock” and “Parks & Recreation” and the last twelve years of “Saturday Night Live.” The service will also offer current NBC shows, albeit until a week after they air, per Deadline.

There’s also the $5-per-month Peacock Premium, which ups the content to 20,000 hours, and also includes original series, such as the latest version of “Brave New World.”

There’s plenty to enjoy in the free tier, however. Peacock, borrowing a page from Pluto TV, offers a series of channels, which are dedicated to such properties as NBC News, The Today Show, Saturday Night Live, “The Office,” “Keeping Up With the Kardashians,” and “Road to Tokyo,” which concentrates on Olympic programming. The “Office” channel, however, consists of short clips; the actual show will not come to Peacock until January of 2021.

Peacock will also make various movies, many of them from Universal, available on Peacock.

Peacock, however, like HBO Max, has launched without a deal with Roku or Amazon, and will not be viewable on those platforms until such a deal has struck. However, Peacock did reach an agreement with Sony to make the app accessible to Sony PlayStation 4 users. Peacock now joins Comcast’s X1 and Flex, Xbox, Apple and Google, and smart TVs from the likes of Vizio and LG.