This Picture Might Not Be Possible for Much Longer: Russia's Arctic Is on Fire 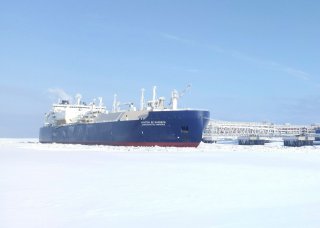 A sustained heat wave continues to pummel much of the Russian Arctic, sparking dangerous tundra fires that have driven some remote districts to declare a state of emergency.

Much of Siberia this year has witnessed unseasonably high temperatures—nearly twenty degrees Fahrenheit higher than normal the past couple of months.

The head of Russia’s weather service is blaming man-made climate change for these abnormal high temperatures.

Just a couple of weeks ago, the small Siberian town of Verkhoyansk, located about 2,900 miles northeast of Moscow, hit a scorching 100.4 degrees Fahrenheit.

“That is a fantastical degree,” Vilfand said.

The temperature reading is still being verified by the World Meteorological Organization, but if it holds, it will be the hottest temperature ever registered in the Arctic Circle.

The initial temperature reading was conducted by Pogoda i Klimat, a website that compiles Russian meteorological data.

Vilfand said the troubling trend of sunnier skies and hotter temperatures is being driven by changes in atmospheric circulation.

He pinpointed the more-frequent phenomenon of polar anticyclones, which increase the number of days with sunny skies. Without clouds to help block the sun’s rays, the ground is much warmer during the summer months in the Arctic.

“It’s an astonishing situation. Anticyclones happen more and more often and you can never predict where they are going to occur. This is the most important problem of climate change and a result of climate change.”

Past studies have shown that the Arctic is warming twice as fast as the rest of the planet through a process known as Arctic amplification.

Amid increasing ice melt in the region, this leads to seasonal snow cover that isn’t as white and naturally absorbs more sunlight—driving forward more warming, according to the National Oceanic and Atmospheric Administration.