Police Reform Idea: Can Police Encounters be Reviewed by an App? 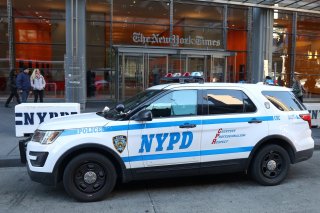 Over the decade-long history of the mobile app economy, a mindset has developed that just about every problem that exists can be solved with an app. We saw this most recently with coronavirus, with apps developed for everything from locating testing centers to establishing that one has been certified immune to the virus.

Now, following the death of George Floyd while in police custody in Minneapolis and the weeks of protests that have followed, one entrepreneur is seeking to use a mobile app to try to solve the problem of police misconduct.

According to a press release, a website called Police Window has launched, with a similar mobile app soon to come. The app can be used by both citizens and police and law enforcement agencies, and allows users to review past interactions with the police, and to submit new ones. The site was established by Michael Brown, a Seattle-based entrepreneur.

"The goal of Police Window is to improve policing through transparency, feedback, and collaboration while protecting the identity of the citizen and the officer," the website says. Data is aggregated regionally and "baselined against national averages to help departments and community leaders understand how they are performing."

There's also a gamification element, as users are "entered to get their ticket paid off up to $100 dollars if they are one of the lucky members."

The system, as described, raises quite a few questions. While the app says the identities of the citizen and officer will be covered, what if law enforcement agencies try to subpoena such records? Could citizens who submit reports via Police Window find such reports used against them in court later on? What incentive will police officers and departments have to participate in such data-collecting? And how will Police Window fit into existing police reform efforts, which have come out of the death of George Floyd and the ensuing unrest?

"If every citizen considered it their civic duty to review their interactions with police, we would have incredible transparency with which to improve the policing systems," Brown, the CEO, said in a statement. "We want to not just improve the egregious incidents, but focus on improving the overall level of service."

The mobile app will be released on June 20.