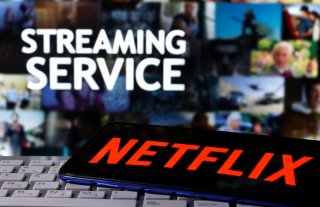 Netflix, according to quarterly earnings released Tuesday afternoon, added 2.2 million subscribers in the third quarter, and posted revenue of $6.44 billion, a jump of 22.7 percent over the same period the year before.

However, that subscriber number was below analyst expectations and compares with 6.8 million subscribers added in the same quarter last year.

“We think this is primarily due to our record first half results and the pull-forward effect we described in our April and July letters,” the company said in its shareholder letter. “In the first nine months of 2020, we added 28.1m paid memberships, which exceeds the 27.8m that we added for all of 2019. In these challenging times, we’re dedicated to serving our members.”

Per CNBC, analysts had predicted a revenue number of $6.38 billion, and a subscriber addition number of 3.57 million; Netflix beat the earlier number and fell short of the latter.

Netflix had said in its July earnings report that it had added 26 million subscribers in the first half of the year, as the early months of the pandemic clearly brought a lot of eyeballs to Netflix. But at the same time, the company warned that it was expecting less growth in the second half of the year. The company also announced, three months ago, that Ted Sarandos would be joining Reed Hastings as the company’s co-CEO.

Through the third quarter, Netflix has now added 28.1 million subscribers in 2020 to date, which has overtaken the 27.8 million that it added in the entire year of 2019. Netflix also issued a forecast that it will add 6 million net subscribers in the fourth quarter.

Also in the investor letter, Netflix said that it is “making good and careful progress returning to production, particularly in EMEA and APAC, but also across much of LATAM and UCAN,” which production underway on the new seasons of Stranger Things and The Witcher, as well as the action movie Red Notice.

“Since the almost-global shutdown of production back in mid-March, we have already completed principal photography on 50+ productions and, while the course and impact of C-19 remains unpredictable, we’re optimistic we will complete shooting on over 150 other productions by year-end,” the company said. Netflix also touted the success of such recent shows as The Umbrella Academy, Ratched and Lucifer, and listed its slate for the end of the year, which includes movies Mank, Hillbilly Elegy and Ma Rainey’s Black Bottom.

The editor’s letter did not mention Netflix’s controversial film Cuties, which led the company to be indicted by a Texas prosecutor this month. It’s unclear if the boycott effort launched in connection with that film had any meaningful effect on the company’s bottom line.