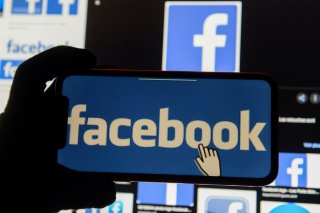 Facebook, over the years, has forced numerous major shifts on the news industry, just by tweaking its algorithm. The social media giant has pushed straight news content, encouraged pivots to video and, at one point, pushed down news altogether in favor of friends' content.

The company has also frequently found itself in the middle of "fake news" controversies, from its boosting of bogus sites during the 2016 election to its part in the present-day debates over whether to fact-check posts by President Trump and other political figures. Of late, Facebook's perceived failure to prevent the spread of both hate and misinformation has led to a major advertiser boycott.

Now, Facebook has announced another shift: An effort to prioritize original news reporting.

In a blog post by Campbell Brown, the former NBC News and CNN anchor who is now Facebook's vice president of global news partnerships and product manager, Jon Levin, the change is going into effect right away.

"When we ask people what kind of news they want to see on Facebook, they continually tell us they want news stories that are credible and informative," the post by Brown and Levin says.

"Today, we’re updating the way news stories are ranked in News Feed to prioritize original reporting and stories with transparent authorship. These signals are based on user research and were built with feedback from news publishers and academic experts."

The blog post does not specifically mention Facebook's algorithm, but implies that the changes will take place there.

The post goes on to say that Facebook will "prioritize articles in News Feed that we identify as original reporting on a developing story or topic," doing so by looking at articles on individual news topics and identifying the one most frequently cited as the original source.

Facebook also, per the post, will work with publishers, as well as academics, to refine this approach. The authors also stated that most publishers likely will not see major changes in their distribution.

In another new move, Facebook will begin demoting content that does not disclose "transparent information about the publisher’s editorial staff,” in order to prevent news outlets that lack legitimacy to gain a foothold on the platform.

The moves come as major advertisers, including Coca-Cola, Starbucks, Microsoft and Unilever, have announced that they're pulling ads from Facebook for at least a month, and in some cases for longer.

The group encouraging the boycotts, called Stop Hate For Profit, is seeking to punish Facebook for not doing enough to stop the spread of both hate and misinformation on the platform.