Report: Apple's New 5G iPhone Might Have a Problem 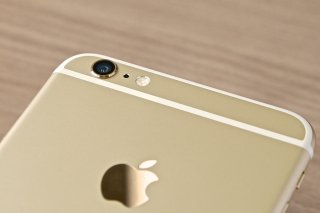 There has been a lot of conflicting reports in recent months, from the media and financial analysts, about what exactly to expect from the timing of this year's fall iPhone lineup. And while such speculation happens every year, usually based on clues from throughout the supply chain in Asia, it typically centers on the new phones' size, design, features or even their name. This year the speculation has mostly dealt with whether some of the models will face a delay in arrival due to coronavirus.

Different analysts have suggested different things, about whether the supply chain in China might be affected by coronavirus, or possibly by falling demand caused by the resulting economic contraction. Now, a new report offers a split verdict: The announcement may take place on time, but the "mass production" will likely be delayed.

According to The Wall Street Journal, Apple is "pushing back the production ramp-up of its flagship iPhones coming later this year by about a month." The report, citing "people familiar with the changes," also says that Apple may announce the phones in September, as it typically does, but that the major production of some of the devices may be delayed.

A similar situation took place in 2017, when the iPhone X arrived. That flagship phone, the first with FaceID, was announced in the early fall of that year, but didn't arrive on the market until November, although the other iPhones that year arrived earlier.

The difference is that Apple this year might not be able to hold the sort of fall keynote event that it typically uses to announce its iPhone lineups. Apple has already cancelled its annual World Wide Developers' Conference, but will hold a virtual version of it instead in June.

The Journal story also states that Apple is likely to announce four new iPhone models, in different sizes, and some with 5G capability and some without.

While Apple had likely been hoping for a huge number of upgrades this year, thanks to the arrival of the first 5G iPhone, sources told the Journal that the company will likely produce fewer devices than originally planned.

Apple, earlier this month, released the long-rumored iPhone SE, a lower-cost device and the first iPhone of that name since the original was discontinued in 2018. The new phone, which brings back an older iPhone design that includes the home button, earned nearly universally positive reviews.