Report: AT&T Is the Speed King of 5G 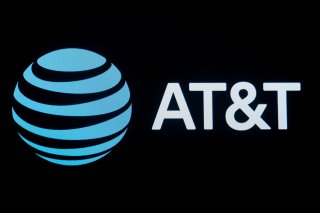 Ookla has released its Speedtest index for the fourth quarter of 2020 and has found that AT&T is now both the fastest overall provider and the fastest in terms of 5G performance.

The Speedtest Intelligence method by Ookla found that AT&T was “the fastest mobile operator in the United States” in the last three months of 2020. AT&T came in first with a “speed score” of 50.27. T-Mobile was second with 47.16, Sprint was third with 41.43, while Verizon Wireless was fourth with 40.49.

In terms of 5G, Ookla also gave AT&T the top score, with 75.59, with T-Mobile second, Sprint third and Verizon fourth.

“Looking only at tests taken on a 5G connection, AT&T had the fastest Speed Score in the U.S. in Q4 2020 at 75.59. T-Mobile was second (70.98), Sprint third (70.33) and Verizon Wireless fourth (67.07),” the report said. “This large drop in performance for Verizon Wireless is to be expected as the network expanded dramatically over the past quarter, a process that included using dynamic spectrum sharing (DSS) to expand from mmWave-only to sub-6 GHz 5G and the addition of many new users over a broader footprint—both of which tend to bring down average performance.”

T-Mobile also came in first in a metric called 5G Time Spent, which “captures the average percentage of time when subscribers’ 5G-capable Android devices are connected to 5G.”

“During Q4 2020, T-Mobile subscribers with 5G-capable devices were connected to a 5G service 64.1% of the time. Sprint users, who now roam on the T-Mobile network, followed with 59.0% of their time spent connected to 5G. Verizon Wireless and AT&T displayed 5G Time Spent values of 29.6% and 26.0%, respectively,” the report said. “The dramatic increase in Verizon’s 5G Time Spent is the second half of the puzzle of the drop in performance as more users over a larger footprint are now accessing the network. Note that some providers require a separate rate plan in order for a 5G-capable device to connect to 5G.”

T-Mobile and Sprint completed their merger last year, but Ookla continues to list their networks separately since their networks are not yet fully integrated.

By other measurements, T-Mobile also ranked first in median latency, although it was close. T-Mobile had a score of 30, Verizon and AT&T tied at 31, and Sprint had 38. And in terms of Consistency Score, T-Mobile was once again first with a score of 87.2 percent, followed by AT&T (86.1 percent), Verizon (83.4 percent) and Sprint (76.8 percent.)

And in terms of devices, the four fastest 5G smartphones were the four iPhones released late in 2020, with the iPhone 12 Pro Max ranked the fastest, followed by the iPhone 12 Pro. The Samsung Galaxy Note 20 Ultra was fifth.