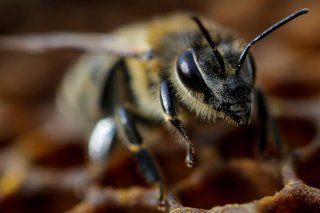 Although this sexless reproductive trait has been known for over a hundred years, it was only through modern genetic tools that researchers were able to discover the responsible gene.

The Cape honey bee is a subspecies of the western honey bee often found along the southern coast of South Africa.

After a 30-year-long search, researchers were able to find the gene, named GB45239, on the bee’s 11th chromosome. The study’s breakthroughs were detailed in the journal Current Biology.

“Scientists have been looking for this gene for the last 30 years. Now that we know it’s on chromosome 11, we have solved a mystery,” the study’s co-author Benjamin Oldroyd, professor of behavioral genetics at the University of Sydney in Australia, said in a news release.

Researchers said the discovery of this particular gene could propel new insights into the evolution of diverse reproductive strategies among animals.

“Sex is a weird way to reproduce and yet it is the most common form of reproduction for animals and plants on the planet,” Oldroyd said. “It’s a major biological mystery why there is so much sex going on and it doesn’t make evolutionary sense. Asexuality is a much more efficient way to reproduce, and every now and then we see a species revert to it.”

The presence of the GB45239 gene enables Cape honey bee workers to lay eggs that produce only females. The ability to asexually birth daughters is known as “thelytokous parthenogenesis.”

In such a society where asexual reproduction dominates, males aren’t necessarily needed. However, having female workers capable of essentially producing duplicates of themselves can cause problems.

“Cape workers can become genetically reincarnated as a female queen and that prospect changes everything,” Oldroyd said. “Instead of being a cooperative society, Cape honey bee colonies are riven with conflict because any worker can be genetically reincarnated as the next queen. When a colony loses its queen the workers fight and compete to be the mother of the next queen.”

If scientists can ever find a way to turn on and off the GB45239 gene, the method could be used to combat a variety of asexually reproducing pest species.

“If we could control a switch that allows animals to reproduce asexually, that would have important applications in agriculture, biotechnology and many other fields,” Oldroyd said.