Review: Netflix's "Fear City" Is a Watchable Treatment of the Feds' War With the Mob 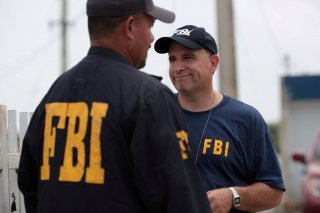 The latest entry in Netflix’s seemingly endless series of true crime documentaries is “Fear City: New York vs. The Mob,” which debuts on the service Wednesday. The documentary series was directed by Sam Hobkinson, and produced by the team behind the Netflix series “Don’t F**k With Cats.” The show expertly combines talking head footage with news archives, as well as FBI tapes of mobsters talking.

The series, consisting of three episodes that average out at about an hour each, looks at a specific story: The way the FBI and federal prosecutors, starting in the late ‘70s and continuing into the ‘80s, teamed up to put that generation of New York’s Five Families mob bosses behind bars, sending La Cosa Nostra into a long, irreversible decline.

The film tells a compelling story that will shed light on the day-to-day of mob investigations that’s left out of most of the most popular mafia movies. It’s also notable for not glamorizing the mobsters or mob lifestyle, or treating the Mafia, as media way too often does, as “the good criminals.”

In all of the lore over the years, from different authors, documentarians, and the steady drumbeat from the New York tabloids, a few different stories have been told about how the feds overwhelmed the Mafia and caused that criminal institution to decline.

It was the passage of the RICO Act in 1970 that gave prosecutors the tools they needed. Or perhaps it was the unique vision and courage of Rudy Giuliani, the prosecutor who oversaw many of the prosecutions and rode that to New York’s mayoralty. Or maybe it was 1980s boss John Gotti’s flamboyance, which drew undue attention to the families.

Others—most notably the fictional Tony Soprano—have said that it was the RICO-fueled inability of today’s generations of mobsters to do the time that led to a new era of snitching. And journalist George Anastasia, who covered the Mafia in Philadelphia for years, has said that while talented Italian-Americans in the mid-twentieth century had fewer options for success, such people are now much more likely to pursue careers as doctors or lawyers than to adopt the gangster lifestyle.

The “Fear City” documentary believes some of those things more than others. With talking head interviews from FBI veterans and other law enforcement people who worked on the cases, and even a few wise guys, the show argues that RICO played a big part. However, the documentary also credits the idea of prosecutors to try “The Commission” —the committee set up by the mob bosses to mediate disputes—as its own criminal organization.

Gotti is barely mentioned, aside from the revelation that his famous murder of mob boss Paul Castellano took place shortly after Castellano was indicted by the feds; the story mostly takes place before his time. And while Giuliani is a big part of the third episode, the film doesn’t assign him singular credit for the convictions. Rudy also appears as a talking head, in what are, without a doubt, the most lucid interviews the ex-mayor has given on television in at least a decade.

There are also a few mentions of Donald Trump, who did at least some interfacing with the mobsters during his New York real estate days.

Whether you’re a student of Mafia lore or a neophyte who’s just a habitual true crime watcher, “Fear City” is a winner of a documentary and much superior to the streamer’s mediocre but nevertheless popular “Unsolved Mysteries” reboot.