RIP, Cable and Dish: Could There Be 1 Billion Streaming Subscribers Worldwide by 2025? 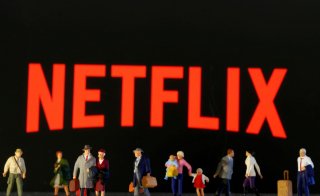 Much has been written about how, during coronavirus lockdowns, people are spending a lot more time both streaming and signing up for new services. A new forecast sees that powerful trend continuing for many more years.

According to numbers released Monday by Digital TV Research, global video on demand subscriptions are forecasted to grow 80 percent by 2025, to over 1 billion.

Of the more than 500 million streaming subscribers expected to be added between 2019 and 2025, 170 million are forecasted in the pandemic year of 2020 alone.

In Digital TV Research’s model, Netflix and Disney+ are seen as the two dominant players in the space in five years, with Netflix seen having 258 million subscribers worldwide and Disney+ sporting 202 million. The two services currently have 182 million and just over 50 million subscribers, respectively, as of their most recent earnings statements. The difference, of course, is that Netflix’s streaming product is nearly a decade old, while Disney+ only launched last November.

The model sees the totality of China’s domestic streaming services having 269 million subscribers in 2025 (Digital TV Research does not expect non-Chinese players to enter that market). Amazon is expected to have 141 million subscribers, HBO 25 million, and Apple TV+ 14 million in 2025; it’s unclear if “HBO” refers to the soon-to-launch HBO Max, or all of HBO’s streaming offerings put together.

An additional 252 million are listed in the “other” category, which would include Hulu, CBS All Access, Peacock, and other services of the present and future.

“We have completely revised our forecasts for 138 countries in the wake of the Covid 19 pandemic,” Simon Murray, Digital TV Research’s principal analyst, said in the announcement. “A major impact of lockdown has been a steep rise in SVOD subscriptions.”

In early February, per The Hollywood Reporter, Digital TV Research predicted that Disney+ would reach 126 million subscribers by 2025, a number that the outfit now sees exceeding 200 million, which would effectively quadruple the service’s current total.

On Tuesday, Disney took steps to add more buzz this year. The company announced that the filmed version of the popular Broadway musical “Hamilton” will arrive on Disney+ on July 3. The company had previously announced that “Hamilton” would arrive in theaters in October of 2021, before streaming on Disney+ after that. Disney has already pushed up the Disney+ releases of multiple high-profile movies, including “Onward,” “Frozen II” and “Star Wars: The Rise of Skywalker,” but those were by a matter of months, not over a year.