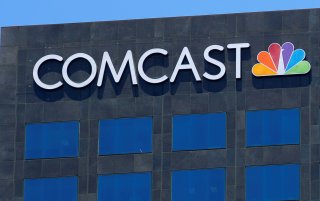 In fourth-quarter earnings released Thursday morning before the bell, Comcast announced that it lost another 248,000 cable subscribers in the fourth quarter but almost doubled that number by adding 538,000 net broadband customers.

However, the company did make some of that back, as more customers signed up for broadband Internet, with the company adding two million of those in 2020. Going by the metric of “Cable Communications Total Customer Relationships Increased,” Comcast reported a net addition of 455,000, which it called its best fourth-quarter result ever.

“Outstanding performance at Cable drove very strong fourth quarter results for our company,” CEO Brian Roberts said in the earnings release. “We added 538,000 net new broadband customers and delivered Adjusted EBITDA growth of over 12%. Our theme parks in Orlando and Osaka reached breakeven; and encouragingly, Sky returned to customer growth in all three of its markets, bringing our total customer relationships and overall revenue in Europe essentially back to 2019 levels.”

In addition, Comcast said that its streaming service Peacock has reached thirty-three million sign-ups to date, as of the end of 2020. That streaming service, at the start of the year, added the entire run of The Office to its lineup, and also recently announced a deal to fold the WWE Network into Peacock beginning in March.

Overall, Comcast reported $27.7 billion in revenue in the fourth quarter, a 2.4 percent decrease from the same period the year before. That performance outperformed forecasts, per The Street.

The company indicated that it sees the end of the coronavirus pandemic on the horizon and with it the recoveries of such businesses as theme parks and its movie studio.

“With the vaccines rolling out throughout the world, we are optimistic that the parts of our business that had been most impacted will soon be back on a path towards growth,” Roberts said in the earnings announcement. “This confidence is shared by our Board of Directors, which has announced an increase in the dividend for the thirteenth consecutive year. In addition, it is now our expectation that we will be in a position to begin repurchasing shares again in the back half of this year. While this is certainly the most challenging period we have faced, I could not be more proud of how our management team and employees continue to pull together and deliver.”