Rise of Skywalker and Much More: The Best of What's Coming to Disney+ Next Month 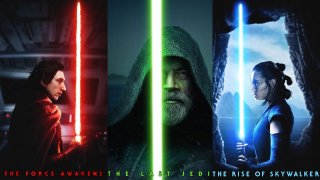 The May lineup of new material on Disney+ contains several of the things you like most about the streaming service: "Star Wars," beloved old movies, and documentaries about Disney itself. Some of what to look forward to includes:

- “The Princess Bride” (May 1.) My name is Inigo Montoya, you killed my father, and this beloved sendup of fairy tale conventions is headed for Disney+. Adapted by William Goldman from his own novel and directed by Rob Reiner, the film stars Cary Elwes, Robin Wright, Billy Crystal, Wallace Shawn, and Mandy Patinkin.

- “How to Play Baseball” (May 1.) This short from 1942, featuring Goofy explaining baseball, was originally run in theaters prior to the classic "Pride of the Yankees." Now, it's coming to streaming.

- “George of the Jungle" (May 1.) This Tarzan spoof, starring Brendan Fraser, was a surprise hit when it came out in 1997, and finally heads to Disney+ Friday.

- “Disney Gallery: The Mandalorian” (May 2.) The Star Wars universe-set Mandalorian is Disney+'s biggest original hit, and now the streaming service is debuting an eight-part behind-the-scenes documentary about making of the show. The series is hosted by actor/director Jon Favreau, who created “The Mandalorian,” and expect to learn the story of how Baby Yoda came to be.

- “Star Wars: Rise of Skywalker” (May 4.) May the 4th is, of course, Star Wars Day, and this year's will feature the streaming debut of last year's "Star Wars" movie, which the company announced it was putting on Disney+ two months early. The arrival of "Rise of Skywalker," which has led the DVD and Blu-ray sales charts in recent weeks, means that every "Star Wars" movie is now available on Disney+.

- “Star Wars: The Clone Wars” (May 4.) Also arriving on Star Wars Day is the final episode of the long-running animated series, which had previously been expected to debut on May 8.

- “Maleficent: Mistress of Evil” (May 15.) The 2019 sequel to 2014's live-action film, starring Angelina Jolie as the Sleeping Beauty villain, arrives on the streaming services following its theatrical debut last fall.

- “Hello, Dolly!” (May 22.) For lovers of musicals, the 1969 movie adaptation of the Broadway hit, directed by Gene Kelly and starring Barbra Streisand and Walter Matthau, comes to streaming in late May.

- “The Boys: The Sherman Brothers' Story” (May 22.) This 2009 documentary about Richard and Robert Sherman, the two brothers who wrote the music for "Mary Poppins," "The Jungle Book" and other Disney classics from 1950s through the 1970s, was directed by the Shermans' sons.