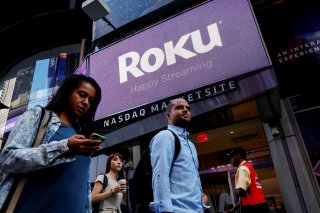 Roku has reached an agreement with Google to keep YouTube and YouTube TV on the platform following a long dispute.

The two sides have reached a multiyear agreement, which comes ahead of a contract expiration on December 9, at which point Roku was threatening to no longer allow new downloads of YouTube, although existing subscribers would have been allowed to continue them, according to CNBC. YouTube TV had been removed from the Roku Channel Store last spring, although existing subscribers had been allowed to use it.

Financial terms were not disclosed for the newly announced agreement, nor was the length of the new deal.

The deal caused Roku’s stock to surge on Wednesday, by as much as 16 percent.

“We’re happy to share that we’ve reached a deal with Roku to continue distributing the YouTube and YouTube TV apps on Roku devices,” Mariana De Felice, a spokeswoman who works on YouTube, said on Wednesday.

“This means that Roku customers will continue to have access to YouTube and that the YouTube TV app will once again be available in the Roku store for both new and existing members,” she said. “We are pleased to have a partnership that benefits our mutual users.”

Roku also confirmed the agreement, calling it “a positive development for our shared customers, making both YouTube and YouTube TV available for all streamers on the Roku platform.”

Prior to its resolution the dispute, according to CNBC, was discussed in Congress, with both Sen. Amy Klobuchar (D-Minn.) and Rep. David Cicilline (D-R.I.) taking Roku’s side against Google.

Back in November, when Roku announced its third-quarter earnings for 2021, the company said that it had reached 56.4 million active accounts, a 23 percent year-over-year gain, along with 18 billion streaming hours, a 21 percent jump. Total net revenue also grew 51 percent year over year, although unit sales were down. The company had a huge year in 2020, when the conditions of the pandemic and lockdowns ended up helping the company’s bottom line, with people doing a lot of binging while stuck at home.

More recently, Roku has been making big moves in original content. The company acquired the remains of Quibi, the much-maligned short-form video service that launched and folded in 2020, and has relaunched many of those shows under the name Roku Originals while adding several other original films.

The Roku Channel, the company said at the end of the last quarter, has licensed content from more than two hundred content partners, while adding seventeen more linear channels and some high-profile shows, including This Old House and the Zoey’s Extraordinary Christmas original holiday film.