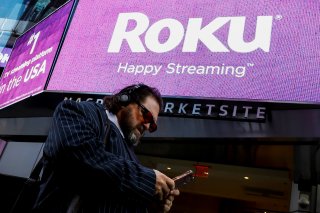 For much of 2020, Roku was engaged in a dispute with AT&T and WarnerMedia over HBO Max being included on the platform. The two sides finally agreed to a deal in December of 2020, putting HBO Max on the Roku platform several months after it launched.

But now, Roku might lose another major streaming service.

In fact, Roku and Amazon could be headed for a dispute at some point in 2022, which would knock both IMDB TV and Amazon Prime Video off the platform, The Information reported last week.

“Negotiations over the renewal could blow up into a major fight as both companies jostle to expand their advertising businesses, in part by using data drawn from their streaming platforms,” the report said. “While IMDb is not a must-have channel—Roku could drop it without much impact on its viewership—Amazon packaged IMDB with its much-more popular Prime Video subscription service when the two companies negotiated the existing arrangement in 2019. Roku had to take both or neither.”

This follows talk that Google could take YouTube off of the Roku platform, with those sides already fighting over the vMVPD service YouTube TV.

The Streamable went into more detail about the potentially forthcoming dispute.

“Word is that during the upcoming round of negotiations, Amazon is bound to ask for more user data, which is something that content providers and hardware developers have been reluctant to provide,” according to Streamable. “Part of the core of the fight between Roku and Google has to do with a struggle over data and search results.”

Amazon Prime Video will be the exclusive partner with the NFL for the Thursday Night Football package—and possibly, in the future, the NFL Sunday Ticket package—and also recently acquired MGM, giving the service possibly more valuable movie library content. That has the potential to make the service more indispensable than it has in the past, while also improving Amazon’s position in the negotiations.

Roku this year, in addition to introducing new devices, has dived further into original content. The company acquired the remnants of the late streaming services Quibi, renaming those shows “Roku Originals,” and adding other content to the free streaming service that it called the Roku Channel.

On Monday, Roku announced that it was adding more than thirty free movies to the Roku Channel in November. Per Cord Cutters News, the new movies include Con Air, Pearl Harbor, Jack Ryan: Shadow Recruit, Blow, Horton Hears a Who, Annie, National Lampoon’s Thanksgiving Family Reunion, Fargo, A River Runs Through It, The Thin Red Line, Troy, Unforgiven, Where the Wild Things Are, The Social Network and Britney Spears: Breaking Free.