Roku Survey: Nearly a Third of U.S. Households Have 'Cut the Cord' 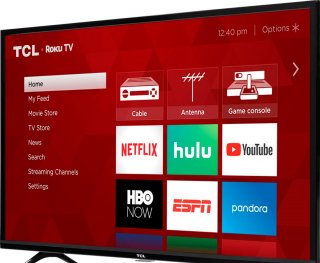 The number of U.S. households that no longer have cable has reached 32 percent, while another quarter of those households are “cord shavers,” meaning that they have cut back on cable without completely eliminating it. But of those in the second category, 45 percent say they are likely cut the cord completely in the next six months.

That’s according to the latest edition of Roku’s annual cord-cutting survey, which added to the growing body of evidence that cord-cutting trends are continuing to surge. And not only that, but consumers who have cut the cord are satisfied with their decision.

This year’s survey is titled Cord-Cutting in Uncertain Times. You can read the full survey here.

“While we entered 2020 with significant momentum around cord-cutting, we’re now seeing that the COVID-19 pandemic and the pause of live sports has caused consumers to rethink how they access home entertainment and what they are willing to pay,”  Roku Chief Marketing Officer Matthew Anderson said in the announcement of the survey.

“It’s clear that value matters more than ever and the abundance of free content, free trials to premium streaming services and the savings that consumers achieve are fueling the shift to streaming.”

In addition, 40 percent of those surveyed said that that free trials from subscription services helped persuade them to cut the cord, while 17 percent of cord-cutters say they will re-up their service once sports return. Major League Baseball resumes its season this week, with the NBA to follow at the end of July.

In the first quarter of 2020, cable and other pay-TV services in the U.S. lost over 2 million subscribers, according to an estimation by Leichtman Research Group, Inc. that was released in May. That number more than doubled the total from the same period the year before. In that quarter, DirecTV lost the most net subscribers (897,000), followed by Comcast (409,000), and Sling TV (281,000).

We will know how much the cord-cutting trends have persisted in the coming weeks when the companies that own most of the nation’s pay-TV services release their earnings for the second quarter. Roku, for their part, will release their second-quarter earnings the first week of August.