Roku TV: Everything You Want To Know 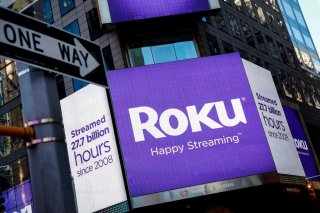 Over the course of the last six years, Roku TV has emerged as one of the most popular interfaces when it comes to watching smart TV. It allows users to easily scroll through their streaming services, and add new ones, while bringing up their app icons with the need for only one remote.

How does Roku TV work? From its founding in 2002 until early 2014, Roku was a manufacturer of standalone streaming boxes, and rode a wave to success in the early days of widespread adoption of streaming.

That changed at CES in 2014, when Roku announced that it had begun licensing its technology to TV manufacturers, led by TCL and Hisense. Those first TVs were released later that year, and soon became very popular, especially since they were value-priced.

Five years after the launch, in mid-2019, TCL even became the #1 brand in TV market share in North America, on the strength of its Roku TVs, as reported by IHS Markit.

In addition to its ease-of-use, another reason for the popularity of the Roku TV platform is that whenever new popular streaming apps emerge, they’re nearly always available on there immediately. One exception, however, is HBO Max. The new HBO streaming service launched at the end of May, but has yet to reach a deal to be included on the Roku or Amazon Fire platforms.

Roku sent its users an email last month warning them that HBO Go, which is included on Roku TV, was being discontinued at the end of July, and that Roku has urged Time Warner to reconsider.

Roku’s main competitors when it comes to smart TV interfaces are LG’s webOS and Google’s Android TV. TCL, one of Roku’s original partners, announced recently that it will bring Android TV-based models to the market in the United States for the first time.

In addition to all of its other channels, Roku also offers the Roku Channel, a free channel that offers movies, TV, and 24/7 news and other programming. Users may also subscribe to premium channels through Roku Channel, which brings revenue to Roku.