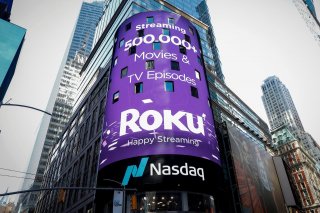 Roku announced its second quarter earnings Wednesday, and while the company announced a loss of $43.1 million, the performance was better than predicted by analysts. In addition, revenue surged, and the company reached 14.6 billion streaming hours, a huge increase over the same time the year before.

“The re-platforming of TV to streaming has accelerated,” the company said in its shareholder letter. “We believe that Roku’s products and services are more relevant than ever, that we are an essential partner to content owners who want to reach large streaming audiences, and that our modern tools and incremental reach over linear TV drive great results for brands.”

The company did not announce a forecast for the rest of the year, due to economic and pandemic uncertainty. Ad spending is unlikely to return to usual levels, the company said, until well into next year.

“The increasing prevalence of COVID-19 infections around the world and the potential for disruptions and changes to historical consumer behavior and spending patterns during the back-to-school and holiday seasons greatly inhibit our ability to forecast,” the shareholder letter said.

The company also said that chief financial officer Steve Louden, who last year had announced plans to leave Roku, will remain in his position after all.

Last month, Roku announced the results of a survey that showed nearly a third of U.S. households had “cut the cord,” while many more said they had taken steps or planned to do so in the near future.

Roku has still not reached deals to carry two of the newer streaming services, HBO Max and Peacock. Roku in late June had also pushed for WarnerMedia to reconsider its decision to remove the HBO Go app, but the channel expired as scheduled at the end of July.