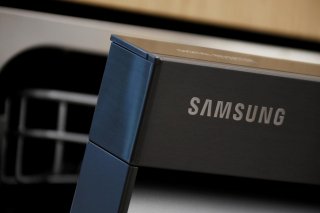 Samsung Electronics has registered a 26 percent rise in operating profit in the October-December quarter, driven largely by strong demand for display panels and memory chips.

The Korean tech giant’s operating profit in the fourth quarter surged to 9.05 trillion won ($8.17 billion), compared to 7.2 trillion won a year earlier. Net profit came in at 6.6 trillion won. The figure was in line with the company’s estimate earlier this month.

The company’s display panel business enjoyed its highest-ever quarterly earnings on the back of robust demand for HDTVs and smartphones—with the panel business division racking up 9.96 trillion won in sales, up 23.7 percent from the year prior. Operating profit surged eightfold to 1.75 trillion won.

According to Samsung, the highly popular OLED displays accounted for more than 80 percent of its overall panel sales last year, as sales volume climbed roughly 50 percent.

However, the company’s mobile business was mired in a slump this past quarter, posting sales of 22.34 trillion won, which was down 10.5 percent from a year earlier.

“However, the company maintained a double-digit profit margin by improving the cost structure through measures, such as component standardization.”

Looking ahead, Samsung admitted that market demand for smartphones and tablets is expected to sink in the coming quarter.

As for its digital appliances business, Samsung said that market demand increased substantially due to the stay-at-home trend caused by the ongoing coronavirus pandemic.

Earlier in the week, Samsung’s rival LG Display reported its highest quarterly profit in more than three years as it enjoyed increased demand for its OLED panels for HDTVs and smartphones.

The Apple supplier posted an operating profit of 685 billion won ($622 million) in the fourth quarter, compared to a loss of 422 billion won in the same period last year. Both profit and sales were higher than the market consensus of 377.3 billion won and 7.25 trillion won, respectively, according to a survey by Yonhap Infomax.

The operating profit was the company’s highest quarterly figure since the second quarter of 2017.