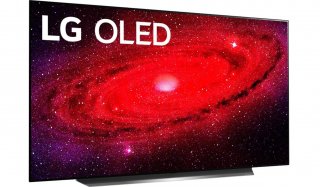 Two Korean tech giants, Samsung Electronics and LG Electronics, were able to garner high scores in Europe for their respective TV lineups, according to the Korean newspaper Dong-A Ilbo.

AV Forums, a British IT review community, gave a score of 9 out of 10 to both LG’s OLED Gallery 4K TV and Samsung’s QLED 4K TV. Among the 13 products that received a score of at least a 9, those two highly regarded sets were the only newcomers on the list.

The OLED Gallery 4K TV was able to bag max scores in three out of 16 areas—contrast ratio, upscaling and installation quality. Meanwhile, the QLED 4K TV nabbed perfect marks for its smart features and user-friendliness.

Earlier this month, a public disagreement between Samsung and LG regarding QLED HDTVs came to a halt after the two companies told the Korea Fair Trade Commission to stop further investigations into their smear campaigns against each other.

Both Samsung and LG have claimed to possess top-notch systems to give their TV panels unrivaled clarity and depth. Relations between the two companies soured significantly during a press conference in September last year, when LG began to claim that Samsung’s highly regarded QLED display isn’t really QLED at all.

LG said that according to some engineers and tech experts, a “true” QLED panel should utilize quantum dots that emit their own light, jettisoning the need for backlighting, which Samsung’s QLED TVs use. The KFTC concluded that QLED TVs can in fact be considered to possess self-emitting displays. The watchdog, however, told Samsung that for all of its future advertisements, it must make it clear that their QLED TVs do utilize a backlight.

QLEDs are essentially LCD TVs with quantum dots, which are microscopic particles that when hit by light, emit a certain different colored light. The source of this light is the LED backlight, and that light must pass through more layers, such as the LCD layer, to produce the images on the screen. In improving upon its QLED TV lineup, Samsung has created a new refined aluminum compound that can make the quantum dots more efficient, and the natural ability to produce more accurate colors. This technology replaces the red, green and blue color filters that many older TVs used.

OLED TVs, meanwhile, utilize self-emissive pixels. When electricity passes through these pixels, which number in the millions in these TVs, they light up in different colors. The advantage is that there are no longer dark pixels being lit from behind—so when OLED pixels can remain completely dark, the black color on your screen is 100% true. OLED TVs also use additional white light to manufacture even more varied colors, which make for images that are more diverse and accurate and richer.