Samsung Teases Release of the Galaxy Note 20 at Upcoming Event 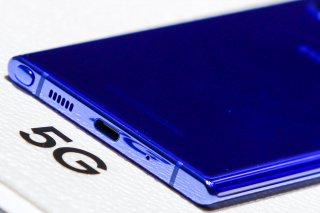 Samsung’s August 5 Unpacked event, where it will unveil new products, is just over a week away, and the company on Monday released a 30-second “trailer” for the event, featuring glimpses of what the company might be debuting.

According to an Engadget analysis of the video, it’s pretty clear what the products, which are presented in silhouette in the video, are meant to represent. Those are the Galaxy Note 20, a new version of the Galaxy Fold, the Galaxy Tab S7, the Galaxy Watch 3 and Galaxy Buds Live.

Those products, the site said, have all been teased or leaked in recent months, and some of those products line up with the time of year when Samsung typically releases them.

“The desire to make meaningful connections and to stay productive are constants in a world of change,” the company said when the event was first announced. “Our mobile devices need to be ready to help us stay in touch with what matters most and give us new ways to work and play.”

In a blog post last week, Samsung’s President and Head of Mobile Communications, T.M. Roh, said that exactly five products would be unveiled at the August 5 event, while also sharing other clues about what we can expect at the event.

“These devices deliver on our vision to be the innovator of new mobile experiences that flow seamlessly and continuously wherever we go,” Roh wrote. “They combine power with seamless functionality, whether you’re at work or play, at home or away. In the Next Normal, you will be empowered to live life to the fullest with these devices in your hand (and in your ears, and on your wrist.)”

Roh, who took over his position earlier this year, went on to say in the post that he’ll be focusing on three “Strategic Priorities”: “Meaningful Innovations,” “Open Collaboration,” and “Operational Agility.”

The Unpacked event on August 5 will be streamed live from Samsung’s home base of South Korea, at 10 a.m. Eastern next Wednesday.

According to Gartner Research, overall global sales of smartphones dropped 20 percent in the first quarter. However, Samsung continued to lead the way worldwide with 18.5 percent of the global market share, selling 55 million units in the quarter.