Self-Driving Cars: A Dying Dream Or Just Hard to Make a Reality? 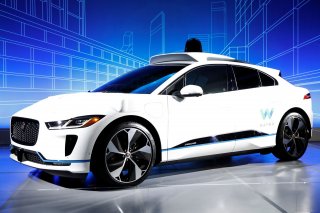 For most of the last decade, autonomous cars have been seen as a key technology for the future. Major companies like Apple and Google have invested in the technology, Tesla offers Autopilot mode, and it’s long been assumed that Uber sees the future of self-driving cars as the key to its profitability in the future. After all, if companies like Uber and Lyft could cut out the expense of having drivers, they might find a way to the profitability that’s been elusive so far.

However, in the last couple of years, it appears progress with self-driving cars has slowed. There have been a series of reports about autonomous cars crashing, including one that caused the death of a woman in Arizona in 2018, during an Uber test.

The Financial Times reported this week that the autonomous car industry “still has little idea what to do with the technology, despite some big advances over the past decade,” and that rather than “robo taxis,” which one venture capitalist called “a pipe dream,” the technology has begun to pivot more towards other applications.

These include grocery deliveries, warehouse robots, and other uses of cars that would be restricted to highways.

More recently, companies like Zoox and Cruise have seen their valuations drop. Waymo, which is owned by Google parent company Alphabet, actually launched a “robo taxi” service, but the majority of the cars have safety drivers in them.

Waymo and Uber also spent years fighting each other in court, with Waymo claiming Uber had stolen trade secrets; that suit was settled in early 2018, shortly after the case went to trial. Tesla was also sued, in late 2019, by a car owner who claimed that the Autopilot feature had gone “haywire” and caused their car to veer off the road.

“That does not mean robo taxis are dead per se, but the idea is now on life-support,” the FT report said.

Meanwhile, Aurora, a self-driving truck brand from an engineer who worked on Google’s project, will launch a test in Texas, per The Verge, while an autonomous car race will take place at Indianapolis Motor Speedway in October of 2021, the Wall Street Journal reported this week.