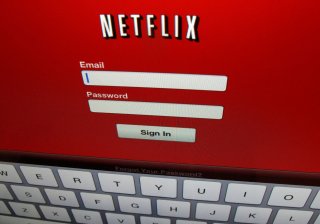 Among many of the things that helped Netflix get a foothold in entertainment is that it doesn’t have advertising. Since the service gets its revenue from subscriptions, ads are unnecessary, so you can binge for as many hours as you want without having to see a commercial.

However, the streaming market has changed, and several of Netflix’s rivals have ad-supported tiers, which in some cases gives those rivals revenue from both subscriptions and advertising.

Now, one analyst is advising that Netflix may need to add ads, in order to compete with those rivals.

According to a note this week from Michael Nathanson of MoffettNathanson Research, as cited by Next TV and other media outlets, Netflix may need to add two things that many of its competitors have, but it never has: advertising and live sports.

“Although Netflix management continues to strongly dismiss the idea of advertising, we think that view will be seen as a strategic mistake if future rates of subscriber growth start to fall short of Street expectations,” Nathanson said in the note.

“Of course, having a business that generates $25+ billion in annual recurring revenues growing mid-teens is more than admirable, but we are seeing signs that Netflix is looking to build a new profit pool or two à la Disney,” Nathanson’s note continued. “Yet, we don’t think that consumer products or gaming will be enough to change the narrative. Rather, we think that an ad-supported tier or live sports would be the way to go to penetrate harder to reach customer segments and markets, especially in low-ARPU emerging regions."

Netflix has never had live sports, nor has it ever bid for the rights to them. Several of its competitors do- Disney owns ESPN+, which can be accessed through Hulu, while Paramount+ offers lots of soccer, as well as the NFL and other sports to which CBS has the rights. Peacock also offers soccer, as well as the entirety of the WWE Network, and Amazon Prime recently reached a deal to become the exclusive home of the NFL’s Thursday Night Football broadcasts.

The Nathanson note sees Netflix posting growth of 7 percent annually, in the United States and Canada, for the years 2022 to 2025, with the company’s international business growing faster than that. Netflix had a massive year in 2020, as the pandemic and stay-at-home orders coincided with a healthy run of new hits, but growth has been slower in 2021.

“Is a 14% revenue CAGR over 2021-2025 enough to justify Netflix’s premium equity valuation? Compared to other Internet names, Netflix stands out with lower anticipated revenue growth than peers despite a relatively high valuation,” the note continued.