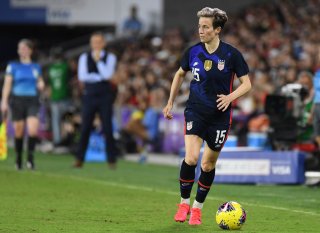 When Disney bought the assets of 20th Century Fox in a deal that closed in the spring of 2019, one of the points of contention was what would become of the Fox Sports Net regional channels. Disney already owns ESPN, so the government required them to sell off the group that owned the regional sports channels.

Most of the networks, later in 2019, were sold off to an entity called the Diamond Sports Group, which is a joint venture of broadcast TV channel owner Sinclair Broadcast Group and Entertainment Studios.

The regional channels are still, for now, called Fox Sports Net, but Sinclair announced last month that it had reached a first-of-its-kind agreement to sell the naming rights to the channels to the gambling concern Bally’s, in a deal that also will incorporate Bally’s gaming technology into broadcasts on the sports channels and other Sinclair-owned properties.

It used to be inconceivable both for a sports channel to sell its naming rights or to get into business with a company connected with gambling. But norms have changed of late in sports and the presentation thereof.

Sinclair has also announced another potentially groundbreaking move- they’re bringing out a “direct-to-consumer” offering of the channels, which would presumably allow cord-cutters to subscribe directly to such channels.

One of the major things keeping cord-cutters from taking the plunge has long been a desire to watch local sports, and a streaming offering by the Sinclair/Bally’s would allow, say, a sports fan in Minneapolis/St. Paul to subscribe to the service and watch their favorite teams without cable. It’s not clear, however, what the streaming product will cost or exactly what it will offer.

Before now, users have had the option of subscribing to vMVPD services such as YouTube TV and Hulu + Live TV, although but Hulu and  YouTube TV dropped the Fox/Sinclair regional sports networks earlier this year, while Sling TV and Fubo TV do not carry them either. The streaming app ESPN+, meanwhile, offers limited access to live games.

The company will also be offering an authenticated/TV Everywhere streaming option first.

“It doesn’t really change the relationship with distributors. They are extremely important to us. Whatever we do in direct-to-consumer will be complementary to our existing distribution relationships,” Ripley said at the summit, per the report.