Smart Investment: Buying Bitcoin Could Have Turned Stimulus Check Into $11,000 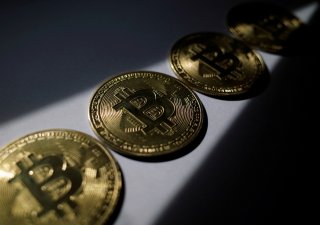 Over the past year and a half amid the ongoing coronavirus pandemic, Congress has green-lighted the delivery of three stimulus payments to most eligible Americans—a $1,200 check in the spring of 2020, $600 in December, and the $1,400 payments approved last spring under President Joe Biden’s $1.9 trillion American Rescue Plan.

But if one could stomach the high volatility of owning cryptocurrencies, Newsweek recently reported that “those who purchased Bitcoin with their $1,200 stimulus checks in April of last year, could cash out for over $11,000 as of Tuesday.”

What if an individual had invested all three of their stimulus checks in Bitcoin?

According to data from BitcoinStimulus.net, a “$600 purchase of Bitcoin on December 29, 2020, would now be worth over $1,000 as the price of the world’s most popular cryptocurrency has continued to increase. By December 31, the price of Bitcoin reached approximately $28,984, according to CoinDesk.”

Then in the spring, a third round of stimulus payments was approved, and “if you used your $1,400 stimulus check to purchase Bitcoin on March 16, it would now be worth over $1,500. Data from CoinDesk shows that on March 18, the price of Bitcoin reached roughly $57,684.”

It concluded by saying that “if you invested all three of your stimulus checks, which totaled $3,200, they would now be worth over $13,000 as the price of Bitcoin has skyrocketed in recent days, reaching over $61,000.”

For much of the past year, investing in cryptocurrencies has produced outsized returns. Just this week, Business Insider reported that “in what’s being dubbed the greatest individual trade of all time, a crypto investor turned about $8,000 into about $5.7 billion by buying trillions of Shiba Inu coin shortly after it debuted.”

As for the possibility of seeing another round or two of stimulus checks, many Americans are indeed still clinging to hope. In fact, there are currently seven ongoing petitions demanding recurring monthly stimulus checks of $2,000 until the pandemic ends—and they have altogether garnered more than 4.5 million signatures.

The biggest one is being orchestrated by Colorado restaurant owner Stephanie Bonin, whose highly popular Change.org petition is only sixty thousand signatures away from reaching its three-million target.