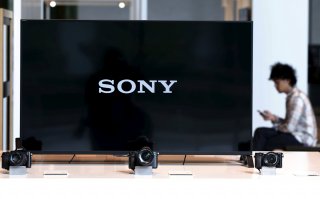 Sony, at CES back in January, introduced the 2021 edition of its OLED TVs, which it calls the  BRAVIA XR line. The new TVs were described as “the world’s first cognitive intelligence televisions,” which feature “a completely new processing method designed to replicate the ways humans see and hear.”

When will we see the new Sony TV lineup?

Sony’s website lists the main TVs in the new lineup—the MASTER Series Z9J 8K LED, MASTER Series A90J and A80J OLED, and X95J and X90J 4K LED—as “available soon,” and includes an option for “notify me.” The company’s site also does not yet list pricing.

“Enjoy breathtaking OLED contrast with picture quality that feels deep, natural and real,” Sony’s website says of the XR picture. “Our revolutionary processor uses human perspective analysis to cross-analyze and optimize hundreds of thousands of elements in the blink of an eye. Combined with our unique OLED panel, this technology delivers truly lifelike picture quality with ultimate pure blacks.”

However, there were some prices leaked online by the New York retailer B&H Photo Video, back in mid-January, before they were quickly taken down. According to Pocket-Lint, the A90J 4K OLED TV will be priced at $2,999 for the fifty-five-inch version, $3,999 for the sixty-five-inch model and $7,999 for the eighty-three-inch model.

Despite the leak, it’s not absolutely certain that those prices are the final ones.

“Sony’s goal is to offer viewers the best and most immersive experience—authentically delivering the creator’s true intent,” Mike Fasulo, the president and chief operating officer of Sony Electronics, Inc., said in a statement at the time of the CES release. “Our new BRAVIA CORE technology and the XR lineup takes the industry to the next level with a powerful, cinematic experience, enabled by the world’s first TVs with cognitive processors.”

While RTINGS’ rankings of the best available TVs are dominated at the top by LG’s OLED models from 2019 and 2020, Sony did place two of its 4K 2020 OLED TVs in the top ten, with the A8H and A9S coming in seventh and eighth, respectively. No TVs from 2021 have yet been reviewed to appear in those rankings.