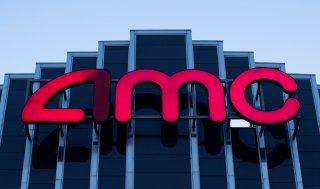 In April, shortly after the start of the coronavirus shutdown, Universal, the movie studio owned by Comcast, announced that it was releasing “Trolls World Tour,” its animated musical movie, via premium video-on-demand, in addition to in a small amount of theaters that were still open at the time.

This move, which reportedly was hugely successful, led Universal to announce that it would be releasing more movies, in the future, at the same time at home as it would in theaters. This amounted to a declaration of war with the movie theater chains, whose business model depends, at least in non-pandemic conditions, on moviegoers having incentive to see films in theaters. AMC, and rival Regal, both announced they would be boycotting Universal movies, or at least that they would once their theaters reopened.

Now, a settlement has been reached- one seemingly very favorable to Universal's terms.

CNN reporter Frank Pallotta reported Tuesday night on Twitter that "Universal and AMC Theatres came to a big agreement Tuesday that lifts AMC's ban on Universal films and potentially has big ramifications for the future of movie-going." He added that Universal films can now come to premium VOD after a window of just 17 days--compared to the old number, which was closer to 70 days. In exchange, the theater chain will receive a cut of PVOD revenues.

That's reflected in the press release issued by Comcast to announce the deal, which is called a multi-year agreement.

"The agreement includes at least three weekends (17-days) of theatrical exclusivity for all Universal Pictures and Focus Features theatrical releases, at which time the studio will have the option to make its titles available across premium video on demand (PVOD) platforms, including through AMC Theatres On Demand," the release said.

"PVOD" refers to premium on-demand rentals, which generally cost in the $20 range, for higher-profile at-home releases, which have become a staple in the coronavirus era. Cheaper rentals will continue to have a window of three months, and the deal does not affect movies that go quickly to streaming services.

The agreement only covers Universal and its subsidiaries, including Focus Features, and does not affect Disney, Sony, or any other big Hollywood studio. It  also only applies to AMC, and not Regal or any other chain, although it’s possible the deal could create a new norm that causes other deals to follow. As for Netflix, Amazon and Apple, none of them have ever respected the theatrical release windows established by the major theater chains, and in their time releasing movies in theaters, have usually used a window of around three weeks. Therefore, AMC and Regal have never shown Netflix’s films when they have received theatrical releases.

Even so, the deal represents the fruition of something that the motion picture exhibition industry has long resisted.

"AMC enthusiastically embraces this new industry model both because we are participating in the entirety of the economics of the new structure, and because premium video on demand creates the added potential for increased movie studio profitability, which should in turn lead to the green-lighting of more theatrical movies," AMC CEO Adam Aron said in the announcement.

AMC, whose locations in the U.S. are currently closed, and has been lately announcing financial arrangements to prevent it from sliding into bankruptcy, was clearly not negotiating from a position of strength.

Even so, this represents a major shift from the posture taken by movie theater chains up until this point, and could point to both a major change in how exhibitors and movie studios relate to each other, and how moviegoers engage with films.