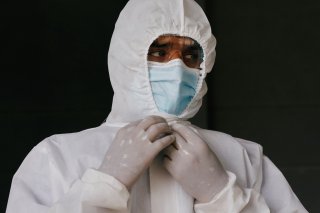 A dog in South Carolina had to be put down after it tested positive for SARS-CoV-2, the virus that causes COVID-19 in humans, according to Clemson University.

Dr. Boyd Parr, a state veterinarian and director of Clemson Livestock Poultry Health (LPH), said a private veterinarian decided to test the 8- or 9-year-old shepherd mix for SARS-CoV-2 after one of its owners was infected by the coronavirus. The dog was confirmed to have the virus on July 9.

He noted that pets being major spreaders of the contagion is still considered very unlikely.

“Based on current knowledge, there continues to be no evidence that pets play a significant role in spreading SARS-CoV-2 to people,” Parr said in a media release.

“It remains a good idea to restrict contact with your pets and other animals, just like you do with other people, if you are infected with COVID-19 in order to protect them from exposure to the virus as recommended by the CDC.”

The dog, the first animal in South Carolina to be infected with the virus, had to be euthanized due to his chronic condition, he added.

The LPH and state health officials, along with the USDA and CDC, will continue to investigate the canine case, “to assure any information relevant to COVID-19 is documented,” according to Clemson’s media release.

In all, 13 animals in the U.S.—including one lion and one tiger—have tested positive, according to the U.S. Department of Agriculture.

“Based on the limited information available to date, the risk of animals spreading COVID-19 to people is considered to be low,” the CDC stated.

However, “it appears that the virus that causes COVID-19 can spread from people to animals in some situations.”

The CDC is recommending that people prevent their pets from interacting with people or animals outside their homes. If they are outside, the pets should maintain at least a 6-foot distance.

Coronavirus testing for pets isn’t recommended unless an animal has shown symptoms and has been directly exposed to an individual infected with the coronavirus. Veterinarians who strongly believe that testing is necessary are supposed to contact state officials to decide.