Stream It: The Best of What’s Coming to Netflix in March 2021 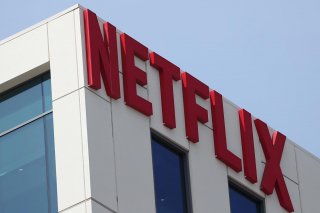 Netflix hit 200 million subscribers worldwide as of the end of 2020. And when March begins, subscribers to the service will have a wide variety of new shows and movies to enjoy. Some highlights of Netflix’s March offerings:

Biggie: I Got a Story to Tell (3/1). There have already been quite a few documentaries made about the late rapper known as the Notorious B.I.G., many of them also featuring his friend-turned-rival, Tupac Shakur. This one, executive-produced by Biggie’s mother Voletta Wallace and Sean “Diddy” Combs, features rare interviews.

Invictus (3/1). This Clint Eastwood-directed 2009 film is both a sports film and a political one, as it depicts the time when South Africa, under President Nelson Mandela (Morgan Freeman) hosted the Rugby World Cup in 1995. And the Springboks, South Africa’s integrated national team, won the trophy.

Moxie (3/3). About a week after hosting the Golden Globes, Amy Poehler directs this comedy/drama about a teenaged girl who publishes a zine at her high school. The movie is based on a novel by Jennifer Mathieu.

“Murder Among the Mormons” (3/3). The latest true crime doc on Netflix, this three-part BBC documentary looks at a series of murders in Utah that took place in 1985.

Yes Day (3/12). This film, directed by the acclaimed indie director Miguel Arteta (Chuck and Buck, Cedar Rapids), stars Jennifer Garner and Edgar Ramirez as a pair of parents who tell their kids yes for a day. The film is based on a popular children’s book.

Audrey: More Than An Icon (3/14). This documentary about the late movie star Audrey Hepburn, which got a brief release last year, hits Netflix in mid-March. The film features never-before-seen footage from the actress’s family and also features actress Francesca Hayward (from the infamous Cats movie) playing Hepburn in reenactments.

Waffles + Mochi (3/16). This kids show features a pair of puppets who dream of becoming chefs, with some help from guest stars who include Michelle Obama; the show was produced as part of the Obamas’ Netflix deal.

Operation Varsity Blues (3/17). Netflix is debuting the first of what’s likely to be multiple documentaries about the 2019 college admissions scandal. This one comes from the makers of one of the two streaming documentaries about among famous debacle, the Fyre Festival.

Jiu Jitsu (3/20). Nicolas Cage’s latest crazy project is this sci-fi/martial arts film, in which Cage brandishes a sword, as well as much longer hair than usual. Netflix subscribers can also catch Cage as the host of the recent series “The History of Swear Words.”

Bad Trip (3/26). This film, a planned 2020 theatrical release that was postponed repeatedly, is finally seeing the light of day via Netflix, aside from the time it was accidentally briefly released on Amazon Prime last April. It’s a road trip comedy starring (Eric André, Lil Rel Howery and Tiffany Haddish.)