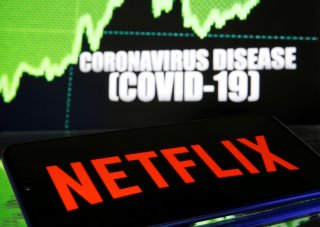 One of the more notable trends in entertainment consumption in the pandemic year of 2020 was that trends towards cord-cutting, which had been growing for many years, began to accelerate significantly. Millions of Americans got rid of pay TV throughout the year, especially in the first half, which sent many of the companies owning cable and satellite services scrambling to change their business models.

Now, a new report says there’s likely to be quite a bit more cord-cutting this year.

According to a new Future of TV survey from The Trade Desk, “27 percent of U.S. cable TV subscribers are planning to cut their subscriptions by the end of 2021.” That’s in addition to the 15 percent who say they cut the cord in 2020.

The report also said that “streaming consumption now accounts for 68 percent of TV viewing versus 28 percent for traditional TV viewing.” Also, per the survey, only 30 percent of U.S. consumers have cited live sports as a reason for keeping cable.

In addition, the survey said that 51 percent of U.S. consumers “are unwilling to spend more than $20 in total per month on streaming subscriptions.”

The online survey was taken in early December, from a total sample size of 2,105 adults in the United States.

“COVID has accelerated cord-cutting trends that were already underway, to a point where less than 50 percent of U.S. households today have a cable subscription. It’s not because U.S. consumers have fallen out of love with TV, but that there are now more convenient ways of consuming it. That even applies to traditional cable mainstays, such as live sports,” Tim Sims, the chief revenue officer of The Trade Desk, said in the announcement.

“As more broadcasters launch and expand their streaming services, these gaps are only going to widen.”

This is all expected to change how advertisers approach 2021.

“The TV ad business is at a tipping point. Advertisers can reach more households via CTV than via traditional linear TV for the first time. That trend is not reversing,” Sims said in the statement.

“Digitally savvy advertisers recognize the advantages of CTV advertising, including precision measurement, an audience versus content focus, and the ability to apply data to all aspects of their TV campaigns. Many are embracing these opportunities, and that also means transforming some of the industry norms, including how we think about skills and ad-buying processes such as the upfronts.”

The final cord-cutting numbers for 2020 won’t be known until the companies begin releasing their fourth-quarter earnings figures, including AT&T on Jan. 27 and Comcast on Jan. 28.