Streaming Services Battle to Keep Subscribers Over the Competition 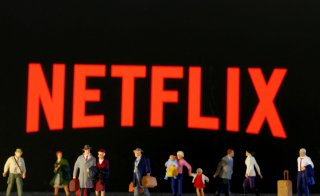 This week, research firm Parks Associates released data showing that of households in the United States that have access to broadband, forty-nine percent or more have at least four over-the-top (OTT) subscription streaming services. In the survey, of ten thousand broadband households, the number with four or more subscriptions has gone up three percent from the first quarter.

The same firm also said, in a separate report this week, that OTT subscribers’ churn rate in the United States is forty-four percent, and that thirty-seven percent of U.S. broadband households who began subscribing to a new service in the last year are “planning to terminate” that subscription, for the specific reason of a lack of new content. Parks also found that twenty-six percent of those canceling such a subscription did so because they had finished watching the shows that they liked.

Netflix pioneered the streaming TV model that has much of the rest of the content world chasing after it. After its success, Amazon’s Prime Video and Hulu, both backed by top entertainment companies, soon emerged as major rivals. Disney launched Disney+ in late 2019, with Apple debuting Apple TV+ the same month. In 2020, HBO Max and Peacock followed, with CBS All Access rebranding itself as Paramount+ earlier this year.

The services have found themselves in heated competition over the streaming consumers’ dollar, and the new Parks survey found that consumers aren’t shy about dropping subscriptions if they don’t feel that they’re getting their money’s worth from certain services.

When it comes to that competition, at least in terms of the latest ratings, Netflix is winning. According to Nielsen’s streaming ratings for the first week in November, the most recent for which numbers are available, Netflix has the top eight entries in the top ten. These include Narcos: Mexico, You, Big Mouth, The Great British Baking Show, Maid, Squid Game, Locke & Key, and Catching Killers. The ninth place show is Apple TV+’s popular comedy Ted Lasso, while finishing tenth is the Hulu limited series Dopesick.

On the movie side, Netflix led with Red Notice, although Disney+ took the second and third spots, with Shang-Chi and Jungle Cruise.