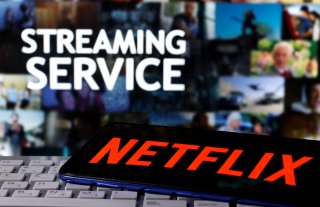 Parks Associates, along with Everise, has released a white paper called The Evolving Digital Media Landscape. It concludes that the amount of OTT (streaming) subscriptions in the U.S. will jump from 230 million this year to 277 million in 2026.

In addition, the study shows that “80 percent of millennials and Gen Zers say they view video on more than one platform at least monthly.”

“People move out of their parents’ home, go to college or get a job, establish a career, marry and have children, eventually the children move out, and then they retire,” Kristen Hanich, a senior analyst for Parks Associates, said in a press statement accompanying the white paper. “Throughout each stage, a consumer’s wants, needs, and priorities change as well. Of course, people are different and not every individual goes through every stage. These are trends that apply on a population level and are a useful way for marketers and businesses to target cohorts of individuals going through similar experiences.”

The research also found that the length of the average subscription is about two and a half years. Younger people subscribe to more services for shorter periods of time, while older people get fewer services, but tend to keep them for longer.

Parks and Everise also found that between the first quarters of 2020 and 2021, the average broadband household in the United States has added nearly two additional subscription streaming services, which is not surprising since that time period coincided with the arrival of HBO Max, Peacock, and other new services.

The white paper also found that millennials and Gen Z use multiple platforms to watch video.

“Multiplatform viewing is dominant among younger generations, and seniors are most likely to report watching content exclusively on televisions,” the white paper said. “While many consumers view video on mobile, very few exclusively use a mobile devices for watching content.”

The white paper also looked at the rise of connected TVs.

“Connected TVs have become a major force in the video services space,” it said. “The platform plays increasingly act as gateways to consumers, playing a similar role as pay-TV operators. These operators are increasingly looking for a cut of ad revenue and subscriptions via their platform.”

“We know all too well the changing digital media landscape and its impact on the customer experience,” Dave Palmer, the president of Everise said in the press statement. “The delivery and digestion of streamed content market is heavily influenced by the ability to attract and retain viewers.”

“To ensure a positive brand experience, media companies must consider a myriad of preferences and behaviors – age, viewing habits, interests, available time, platform preference, etc.” Palmer said. “The emergence of multiplatform viewing further drives the need for these brands to protect both themselves and their customers with a multichannel content moderation and omnichannel support strategy.”