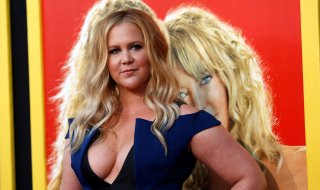 HBO Max, AT&T and Warner Media's new streaming service, will mark its one-month anniversary on June 27. In that month, much has been made about what's left the service, most notably the 1939 classic "Gone With the Wind," which was temporarily removed from the service due to racism controversies, as well as some Batman movies. The company has also subtracted a couple of names for its other services - it will drop the HBO Go and HBO Max branding at the end of July.

But when July rolls around, there will be new additions to HBO Max. Some highlights of the best of what's to come:

- "American Graffiti" (July 1.) George Lucas' massively influential 1973 film followed a group of teenagers (led by a young Richard Dreyfuss and Ron Howard) driving around 1962 Modesto is the perfect film for summer. It will land both on HBO Max and regular HBO.

- "American History X" (July 1.) With racism and white nationalism very much in the news, now's a great time to take another look at Tony Kaye's 1998 drama that starred Edward Norton as a neo-Nazi and his redemption.

- "Blazing Saddles" (July 1.) For all of the controversy over whether the "Gone With the Wind" scandal meant that "Blazing Saddles" would be next, Mel Brooks' 1974 satirical Western remains available to stream, although it's jumping from Hulu to HBO Max at the end of June.

- "The Departed" (July 1.) Martin Scorsese's star-studded remake of the Hong Kong crime classic "Infernal Affairs" featured an all-star cast that included Leonardo DiCaprio, Matt Damon, Jack Nicholson, Mark Wahlberg, Vera Farmiga and Alec Baldwin, in the story of a criminal undercover with the cop, and a cop undercover with the criminals. The 2006 film finally won Scorsese his first-ever Oscar.

- "Little Big League" (July 1.) Possibly the most underrated baseball movie ever, the 1994 story of a teenaged boy who becomes owner (and then manager) of the Minnesota Twins holds up incredibly well to this day.

- "Superman" series (July 1.) HBO Max may have lost the Christopher Nolan "Batman" trilogy, but it will get an infusion of the other core DC superhero in July. All four Christopher Reeve Superman movies will join the service the first of the month, along with 2006's reboot "Superman Returns."

- "Watchmen" (July 1.) If you enjoyed HBO's reboot of Alan Moore's classic "Watchmen" comic late last year- or caught it during its recent free release- check out director Zack Snyder's 2009 movie adaptation, which wasn't available to stream at the time that the new show was on.