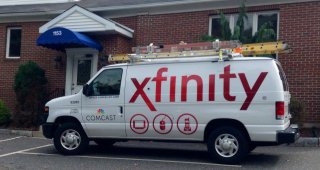 It's June, which means we're regularly getting the results of the cases that were argued in the U.S. Supreme Court's current term. But one case that's not part of that is the long-running legal dispute between Comcast and TiVo over remote DVR technology.

According to Light Reading, the Court this week denied a petition by Comcast to review a recent decision in the case. The decision, the report said, concerned "two TiVo/Rovi patents covering interactive guide technology and features that allow users to set DVR recordings remotely."

That federal decision came in March, and in it, the U.S. Court of Appeals for the Federal Circuit held up a ban on importation of some Comcast television set-top boxes, which had been put in place by the U.S. International Trade Commission.

Comcast, at the end of March, had petitioned the Supreme Court to reverse the Federal Circuit's decision, in a case officially called Comcast Corporation, et al., Petitioners v. International Trade Commission, et al. The Supreme Court denied the petition for a writ of certiorari, which means an agreement to hear the case. The Court did not give a reason for its decision.

According to Light Reading, Comcast has said in filings that only about 1% of its customers use the remote recording functionality, which gives users the option to record programs on their DVR from a mobile device.

The dispute, however, is just one of several outstanding in the courts between Comcast and Tivo. Bloomberg Law reported that while the patents in question in the case have since expired, "Comcast is trying to void the appeals court ruling on the ITC’s authority to impose the ban because it could affect two other cases TiVo has against it" at the ITC.

It wasn't related to the TiVo case, but President Donald Trump last week tweeted that Comcast customers should switch their service to another provider. And while Trump has often been reported to watch television on a "Super TiVo," one reporter has noticed a photo of a DirecTV Genie remote at the White House.