Is the Tablet Dead or Alive? Sales Are Down But A Comeback Is Expected 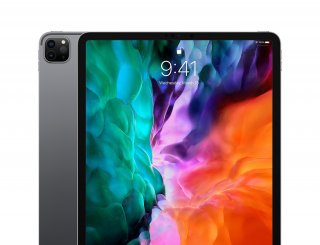 A pair of new reports this week paint a picture of a global tablet computer market that declined in the first quarter of 2020 but are expected to rebound for the second.

In terms of brands, Apple remains the top worldwide vendor of tablets, with 28 percent of the global market, with the iPad brand seen as "the one that can cater towards productivity as much as entertainment."

Samsung was second in the category, with 20.2 percent, followed by Huawei, Lenovo, and Amazon. The "other" category, meanwhile, took up 27.5 percent of the market.

IDC cautioned that the data it released was "preliminary and subject to change."

Another survey this week, from Digitimes Research, put the first-quarter total as  24.7 million units, which it saw as a 33.6 percent decline.

However, Digitimes predicted that global tablet shipments will jump 45.5 percent sequentially and 9.9 percent "on year" in the second quarter. Digitimes attributed the predicted gain to "a recovery in the related supply chain's capacity in China and educational tablet orders deferred from the first quarter."

Digitimes also saw Apple, Samsung, Huawei, and Lenovo as the top four brands, in that order. Digitimes, however, saw Microsoft in fifth place, rather than Amazon, but the firm did predict that Amazon will surge back to fourth place in the second quarter, due to "increased orders."

"With Apple to significantly increase its tablet orders for the second quarter, the shipment share of GF2-featured tablets is expected to rise further," Digitimes said. "While Taiwan-based ODMs, which are key manufacturers of iPads, will see their combined shipments grow 60% sequentially in the quarter and command over 50% of worldwide volumes.”

Digitimes also found that more than three-quarters of global tablet shipments in the year's first quarter were of models with displays of larger than ten inches, although it sees shipments increasing in the second quarter of smaller devices, especially those from Amazon.