TCL’s 85-inch-and-up XL Series HDTV Has Arrived (Should You Buy It?) 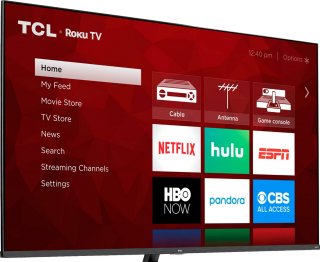 Back at CES in January, TCL announced its latest new TVs, including models featuring mini-LED technology called OD Zero, its new 6-Series with 8K resolution, and what it called the XL Collection, which included three different models that were over 85 inches.

The other models aren’t on the market yet, but TCL on Monday announced pricing and availably of the XL series. The models, TCL says, will be the largest Roku TVs available on the market.

“In 2020, sales of big-screen TVs delivered significant growth — nearly doubling 2019 – with even more growth expected in 2021 as many consumers choose to invest in their home entertainment systems for premium content. Never before have first-run movies been released by streaming platforms at the same time as their theater debut, like Godzilla vs. Kong, which premiered at the TCL Chinese Theatre and HBO Max last month. Even though we’re finally seeing theaters open up, people have discovered the joy and simplicity of watching blockbuster movies at home,” Chris Larson, Senior Vice President, TCL, said in a press release.

“TCL’s XL Collection represents this next stage in the TV industry – large-size, powerful televisions that deliver premier movie-going experiences in the comfort and safety of your own living room – and we’re excited for users to get back that cinematic magic.

While associated mostly with Quantum/QLED-based TVs, TCL has confirmed that it plans to jump into the OLED category, using a new method of inkjet-printed OLED TV. This has potential to seriously change the market for OLED panels by making the manufacturing process much cheaper.

Back in late December, some security researchers discovered a security flaw, involving a “Chinese backdoor,” in TCL’s Android TVs, which it had begun selling in the U.S. not long before.

“Updating devices and applications to enhance security is a regular occurrence in the technology industry, and these updates should be distributed to all affected Android TV models in the coming days,” TCL said in a statement to the media.

The then-Acting Secretary of Homeland Security, Chad Wolf, made a speech at the time in which he stated that “it was discovered that TCL incorporated backdoors into all of its TV sets exposing users to cyber breaches and data exfiltration.” However, there was no evidence that that security vulnerability existed on TCL’s Roku TVs, which are the vast majority of what the company sells in the United States.