Technology Sales Are Booming Thanks to Coronavirus 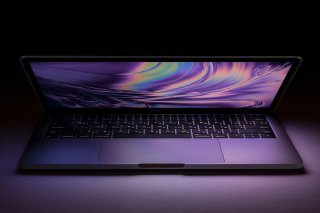 What effect would you expect a global pandemic to have on sales of consumer electronics?

On the one hand, many people are out of work and facing the possibility of long-term economic uncertainty. But on the other hand, those spending lots of time at home are likely more aware than usual of the need for upgraded equipment, whether it’s for work or entertainment purposes.

The latter impulse would appear to be winning out to some degree, according to new information from a research firm that covers the consumer technology sector.

According to a series of tweets by Stephen Baker of the NPD Group, sales of U.S. consumer electronics jumped 23 percent year over year, and 29 percent week over week, in the week that ended April 18.

"We saw broad-based increases across almost all categories unlike March when [work from home] categories dominated," Baker wrote.

Yes, products like monitors, mice and keyboards have seen big increases, as have PCs. But NPD is also seeing major sales numbers for several tech categories not directly related to work.

Total work-from-home products saw a 67 percent week-over-week increase, according to NPD, with monitor sales doubling over a five-week period. Sales of PCs, meanwhile, have jumped 30 percent week over week for each of the last five weeks, Baker said.

But the category that showed especially surprising gains was TVs. Sales of TVs, according to Baker, reached 1.1 million in the week, which he called the biggest single-week sales number for the category ever outside of the holiday season. He also reported double-digit growth for every TV category over 32 inches. These sales levels were reached despite many of the nation's electronics stores being either closed or operating with curbside service only.

Sales have also increased for such categories as headphones, streaming players, and such accessories as TV mounts and sounders.

According to The Verge, this spending has managed to boom even as overall consumer spending has declined. Restaurant spending, the group said, was down 42 percent year-over-year, and such categories as footwear have also posted big declines.

It was reported earlier this month, also based on NPD Group data, that webcams, after a long decline, had seen a surge in sales as a result of the pandemic. Those participating in frequent work-related video calls deciding to invest in higher-quality cameras. This has even led to shortages in some places, and heavily marked-up units of the webcams being sold on the secondary market.