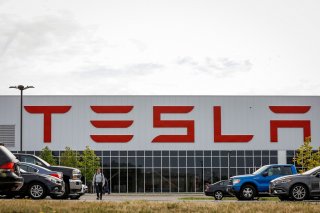 Tesla may be best known for its electric cars, but the company also has a sideline in solar panels. A company called SolarCity, founded in 2006 by a pair of brothers who are cousins of Elon Musk, and Tesla bought the company in 2016.

"Our solar panels are low-profile and durable — quietly converting sunlight to energy for decades to come," the company said. "Integrated hardware and simple design achieve this by securing the panels close to your roof and to each other for a minimal aesthetic."

Electrek reported this week that Tesla has debuted a new solar panel, one both more powerful and at a lower installation price point. Engadget estimates that its panels are now around 10 percent more efficient than previously.

"My bet is that since Tesla started offering price matching last month, they figured that they weren’t quite aligned with the market," Electrek said by way of analysis. "This is going to make Tesla much more competitive in the solar business on top of the price matching."

"Join us in accelerating the world’s transition to sustainable energy, all while obtaining the lowest priced solar panels, within a fast and simple installation process," the company said.

In recent weeks, Tesla has indicated that it will open its latest Gigafactory near Austin. The company also took over as the most valuable car company in the world, while it began making car deliveries for the first time in the state of Michigan.