Thanks, iPhone 12: 250 Million 5G Devices Could Be Sold This Year 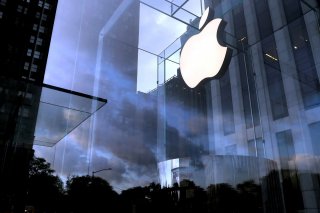 Apple, at its “Hi, Speed” event on Tuesday, will unveil its long-awaited 2020 lineup of iPhones, which will feature the first-ever Apple phones to feature 5G capabilities. This follows Samsung and most of Apple’s other competitors introducing such phones throughout 2020.

The arrival of the 5G iPhones is expected to serve as a major step towards the widespread adoption of 5G smartphones, even as questions have been raised as to whether the 5G infrastructure is up to the challenge. A Strategy Analytics survey last week saw the 5G market growing to 250 million units worldwide this year, compared with just 18.2 million units in 2018.

Some additional numbers now suggest that 5G phones are ramping up even before the arrival of the 5G iPhones.

According to Counterpoint Research, 5G phones accounted for 14 percent of total U.S. smartphone sales in the month of August, compared to just 3 percent in January.

The reason for that is that most of the major smartphone manufacturers have rolled out such devices over the course of 2020.

“5G penetration was just around 1% in 2019. However, it has steadily increased this year as more OEMs launched 5G devices,” Jeff Fieldhack, Counterpoint’s research director, said in the release.

“After Samsung and LG initially launched 5G devices in June 2019, OnePlus soon followed in August 2019. Motorola launched its first 5G smartphone in July this year while T-Mobile launched the most affordable 5G device in the market – REVVL 5G, through a white-label partnership with TCL. We expect more OEMs to launch 5G devices as 5G chipsets continue moving down price tiers. Carriers want more of their subscriber base on 5G networks and are pushing OEMs to launch more affordable 5G smartphones.”

Fieldhack also saw the category growing even more once Apple enters the fray.

“However, the biggest shift will come when Apple launches its newest iPhones in Q4,” he said. "Apple has a market share of around 40% or higher in the US. When Apple begins selling 5G iPhones, this will sharply increase the market share of 5G devices on a monthly sell-through basis. Overall, we expect 5G smartphones to make up around 20% of total sales in 2020.”

Counterpoint also noted that average selling prices for the 5G phones have mostly been trending downward since the initial launch of the category, beginning at $892 at the end of 2019, reaching $730 in August. That’s because many lower-cost 5G smartphones have begun to hit the market over the course of the second half of 2020.

The firm also said that the  Samsung Galaxy S20 Plus 5G, released at the beginning of the year, is 2020’s most popular 5G smartphone, at least pre-iPhone release.