Trying to Buy a Laptop? COVID-19 Is Creating a Shortage. 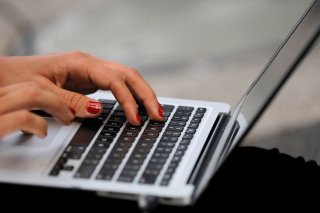 We all heard, especially during the early days of the coronavirus pandemic, about shortages of toilet paper, paper towels, hand sanitizer, and other products in sudden demand. In recent weeks, there have been reports about another shortage: laptop computers.

The reason for this one, it seems, is obvious: Students are back in school, and in much of the country, they’re still learning remotely. That, along with the many professionals who are continuing to work from home, led to a significant run on laptops, whether they were being purchased by parents individually, or by school districts in bulk.

The Associated Press reported in August that, per the three largest computer manufacturers in the world—Lenovo, HP and Dell—measure the shortage at as high as five million. In addition to the sudden demand, the problem has been exacerbated by the current sanctions on Chinese suppliers. The result has been waiting times for laptop orders that have extended into the months—leaving students with either old and obsolete machines, or in some cases none at all.

Several municipalities, including Orange County, Florida, and Newport News, Virginia, have sought to combat local laptop shortages. Salt Lake City was facing a laptop shortage of six thousand, a problem that has been partially mitigated by donations of hundreds of the devices by the Salt Lake Education Foundation. Some districts ordered tens of thousands of laptops, placing the orders as far back as the spring, but are still waiting for some or all of their shipments.

Compounding the problem, per local TV station KHOU, are online scammers who are ripping off desperate customers, taking their credit card information but failing to follow through with orders.

Consumer Reports published a guide last month for buying a computer during the shortage. Customers are advised to “be prepared to pounce” on potential offers of the laptops and have accounts set up at different retailers. They’re also asked to be flexible with what they want to order, and to “shop far and wide.”

PC shipments soared worldwide in the second quarter, according to figures released in July by Gartner Research and IDC, the two firms that track the market for that sector. Gartner found that shipments had grown 2.8 percent from the same period the year before to 64.8 million units, while IDC determined the market rose 11.2 percent to 72.3 million units. The followed a drop in shipments in the first quarter, which is when the pandemic first got underway.

In the second quarter, Gartner had Lenovo as the top PC manufacturer in the world, followed by HP, Dell and Apple. IDC had HP first and Lenovo second, with Dell also placed third and Apple fourth.