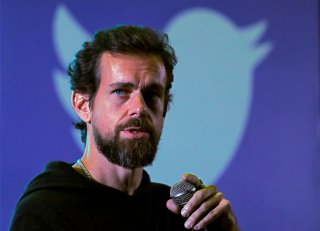 Twitter on Thursday held an investor day, where they announced some plans for future monetization. One is similar to Substack and Patreon, while another is Twitter’s answer to Facebook groups.

The presentation, which was streamed live, introduced a concept called the “Super Follow.” The first paid product in the company’s history, the Super Follow will allow users to subscribe to their favorite creators. Those creators, in turn, will be able to offer such Patreon-style perks as  “exclusive content,” “subscriber-only newsletters,” “community access,” “deals & discounts,” per TechCrunch.

Twitter is also launching a concept called “Communities,” which will work similarly to Facebook’s groups.

The company was not clear on when either new feature would be launching. The NBC News account of the plans indicated that the “super-follow” concept is a ways off, and might not ever launch at all.

“Exploring audience funding opportunities like Super Follows will allow creators and publishers to be directly supported by their audience and will incentivize them to continue creating content that their audience loves,” the company said in a statement to the press.

The investor day was an opportunity for Twitter to make news for things having nothing to do with politics or Donald Trump.

Following an election season in which Twitter frequently took extraordinary steps to crack down on misinformation and “fake news,” Twitter finally took steps to permanently remove the then-president’s account in the days following the Jan. 6. riot at the U.S. Capitol.

Twitter has since been clear that Trump’s banishment from the platform is permanent, even if Trump decides to run for president again in 2014.

At any rate, the months of controversy haven’t been bad for the company’s bottom line. In the fourth quarter of 2020, Twitter posted a 28 percent increase in revenue and a 27 percent jump in usage. That quarter ended before Trump was suspended, but it did include the period when most of the election controversies involving the company took place.

“We offered additional context on potentially misleading information in Q4 with a specific focus on Tweets about COVID-19, synthetic and manipulated media, and the 2020 U.S. election,” the company said in its fourth-quarter earnings letter.