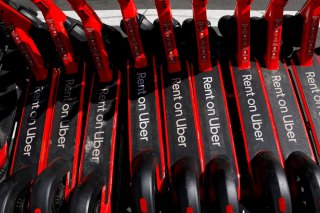 In a move that has prompted outcry among bike enthusiasts and environmentalists, Uber is in the process of scrapping tens of thousands of electric bikes and scooters that originally cost millions of dollars.

This comes after the multinational ride-hailing company sold its Jump unit to mobility start-up Lime earlier in the month.

After settling on the fact that it would be too difficult to give the bikes away due to maintenance and technical support, Uber explained that it decided to “recycle” the older models that Lime refused to take.

“As part of our recent deal, Lime took possession of tens of thousands of new model Jump bikes and scooters,” an Uber spokesperson said in a statement.

“We explored donating the remaining, older-model bikes, but given many significant issues—including maintenance, liability, safety concerns, and a lack of consumer-grade charging equipment—we decided the best approach was to responsibly recycle them. It’s our understanding that Lime has already begun deploying many of the bikes and scooters they’ve acquired from us, and will continue to do so in other markets.”

Social media footage of the red Jump e-bikes being destroyed at a recycling center in North Carolina angered many who thought that Uber is putting profits ahead of providing more environmentally friendly forms of transportation, especially at a time when many people are avoiding public transportation because of the coronavirus pandemic.

The images recalled photos from 2017 and 2018 in China, where failed bike-sharing programs led to vast numbers of bikes being thrown onto scrapheaps.

Uber pointed out that although many bikes and scooters are indeed being scrapped, “tens of thousands” of newer models were handed over to Lime.

“As part of the Jump acquisition, we took possession of tens of thousands of e-bikes—including the spare parts and tools to fix them—and have already begun to deploy them,” a Lime spokesperson said in a statement.

“We have not recycled any of the Jump e-bikes in our fleet and are committed to scaling and operating them during this critical time. Once the transaction officially closes, we plan to work with Uber to find sustainable ways to donate and reuse any remaining e-bikes in their inventory.”

Uber acquired Jump in April 2018 for about $200 million. This past December, the company promised to double down on its investments in electric bikes and scooters. Earlier this month, Uber spearheaded a $170 million investment into Lime, and under the deal, Uber is transferring Jump to the start-up.