Uber Says It’s Not Giving Up on Self-Driving Cars 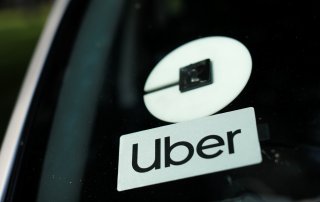 For much of Uber’s history, the pioneering ride-sharing company has eyed a future in which its fleet consists of autonomous cars, the kind of technology that would allow the company to no longer need to use drivers, following the controversy over how such workers as Uber drivers should be classified.

Much of that innovation, for the last several years, has been done in what Uber called the Advanced Technologies Group, or Uber ATG. That division was the subject of a major controversy when a former Google executive, Anthony Levandowski, sold his company, Otto, to Uber ATG, and was later accused of having stolen trade secrets from Google, in both a lawsuit and a criminal prosecution.

Now, however, Uber has announced that it is selling the ATG division to a competitor, Aurora.

Aurora, a rival self-driving car company, announced Monday that it has reached an agreement to acquire a controlling stake in ATG. Per CNBC, the deal values ATG at around $4 billion, which is less than the $7.25 billion where it was valued founding a funding round in the spring of 2019.

“Few technologies hold as much promise to improve people’s lives with safe, accessible, and environmentally friendly transportation as self-driving vehicles. For the last five years, our phenomenal team at ATG has been at the forefront of this effort—and in joining forces with Aurora, they are now in pole position to deliver on that promise even faster,” Khosrowshahi said in a statement. “I’m looking forward to working with Chris, and to bringing the Aurora Driver to the Uber network in the years ahead.”

Khosrowshahi, in a CNBC interview Tuesday, said that despite the sale, Uber is not giving up on self-driving car technology.

“What’s crucial is for us to have access to the very best and leading autonomous technology out there,” theCEO said during an appearance CNBC’s “Squawk Box" morning show. “What we want to make sure is as that technology is developed, it’s developed for Uber network and is available for the Uber network at scale.”

The deal is expected to close in the first quarter of 2021.

In the last couple of years, self-driving car technology has hit some speed bumps, with some doubts emerging over whether the promise of the tech has met its potential. The companies that are offering “robo taxis” mostly have drivers in the cars, while the technology has been used in many places for grocery delivery, and other applications.