Urine Could Be Used to Make Concrete on the Moon 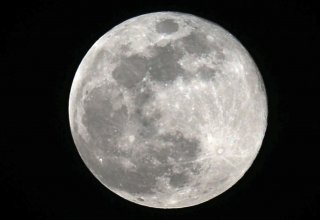 It appears that human beings already possess inside their bodies a useful ingredient to make concrete.

The European Space Agency has announced that human urine could, in fact, be eventually used to build concrete-based structures on the moon.

In a recent sponsored study, carried out by scientists from Norway, Spain, the Netherlands and Italy, the agency said that the researchers discovered that urea, which is the main organic compound in urine, would help make the concrete mixture more malleable before it hardens into its final form.

“Thanks to future lunar inhabitants, the 1.5 liters of liquid waste a person generates each day could become a promising by-product for space exploration,” the agency said in a statement.

The ESA added that using only resources available on the moon itself to construct a base or other structures would vastly reduce the need to launch supplies from Earth.

Transporting about a pound of supplies from Earth into space can cost upwards of $10,000.

“The hope is that astronaut urine could be essentially used as it is on a future lunar base, with minor adjustments to the water content,” the study’s co-author Marlies Arnhof said in a statement.

“This is very practical, and avoids the need to further complicate the sophisticated water recycling systems in space.”

The chief ingredient in the so-called “lunar concrete” would be the moon’s powdery soil known as lunar regolith. The ESA pointed out that urea, which can break hydrogen bonds and decrease the viscosity of fluid mixtures, would likely cut down on the amount of water needed for the various projects.

The researchers said more testing would be needed to pinpoint the best building material for the lunar bases, which could be mass-produced via 3D printers.

Urea is also often used on Earth—as an industrial fertilizer and a raw material utilized by chemical and medical companies.

NASA also has its sights set on building structures on the moon. It recently earmarked $125,000 to fund a phase one nine-month study of its endeavor to transform a lunar crater into a giant radio telescope.